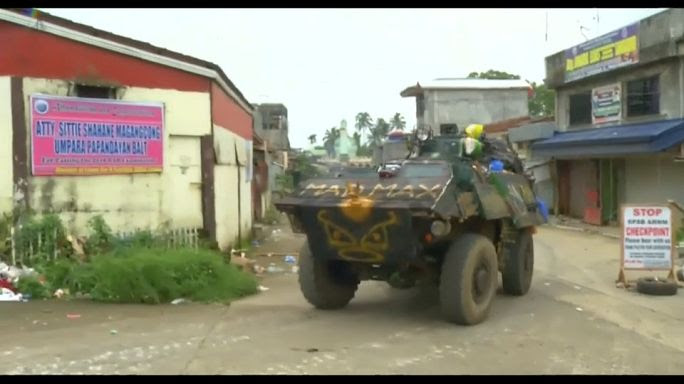 US special forces are helping the Armed Forces of the Philippines end a siege by Islamist fighters in the south of the country. The battle for the Philippine city of Marawi is in its third week. “The presence of our US counterparts facilitates the exchange of intelligence, subject matter exchanges and provides training exchanges,” said Philippine military spokesman, Jo-Ar Herrera. The Philippine military aims to retake the town from the ISIL-linked Maute group before Monday, the country’s independence day. The taking of Marawi has alarmed southeastern nations which fear ISIL is establishing a stronghold in The Philippines that could threaten the region. euronews

MANILA, Philippines - United States forces are providing technical assistance – not boots on the ground – to Filipino soldiers fighting since late last month to liberate Marawi City from Maute militants. US embassy spokesperson Molly Koscina confirmed the development after a television network aired a video of a US P3 Orion surveillance aircraft flying over Marawi on Friday. The Armed Forces of the Philippines (AFP) also admitted getting technical support from the US. “At the request of the government of the Philippines, US special operation forces are assisting the AFP with ongoing operations in Marawi. The US non-combat support helps AFP commanders on the ground in their fight against Maute and ASG (Abu Sayyaf Group) militants,” Koscina said in an email to The STAR Friday night. President Duterte earlier expressed optimism the Marawi crisis would be over “in a matter of days.” Philstar>>>>