Pope Francishas dined with homeless people, made the cover of Time and Rolling Stone and now has blessed a parrot belonging to a male stripper. The parrot, named Amore, was initially passed up by Pope Francis as he rode around in the popemobile during his general audience in St. Peter's Square Wednesday. Eventually, Francis went back to bless the bird and hold it on his finger. The bird's owner was identified as Francesco Lombardi, and according to ANSA, he's a former male stripper turned erotic film actor. "It was fun," Lombardi told ANSA after meeting the pope. "A sort of mixing of the holy and the profane." Source


Pope Francis receives a parrot from a performer of the Golden Circus during his Wednesday general audience in Paul VI Hall at the Vatican December 28, 2016. Source

31 JANUARY 2016 Poncho The Parrot Prays The Hail Mary Versus Pope Francis Who Doesn't......

“If I say I'm Catholic and every Sunday I go to mass but then I don't talk to my parents, I don't help my grandparents, the poor, I don't visit the sick, then there's no point,” Francis told the faithful in Guidonia Montecelio on Sunday. “In that way, we’re nothing but a Christian parrot: words, words, words.”

Man Killed Female Neighbor ‘Who Taught Parrot to Insult Him

A man in Italy has been accused of murdering his next-door neighbor because she trained her pet parrot to insult him. Ignazio Frailis, 46, from Capoterra, Sardinia, allegedly stabbed his neighbor Maria Bonaria Contu, 60, as she took a walk with friends. It is claimed he stabbed her 11 times and wounded a friend of hers who tried to defend her. The arresting police officer in the case, Eugenio Fatone, told local media: “He was very cold, very calm and full of rage.” Investigators believe unemployed Frailis decided to kill Mrs Contu, a mother of two, because she had coached her parrot to make disparaging remarks about him. Source 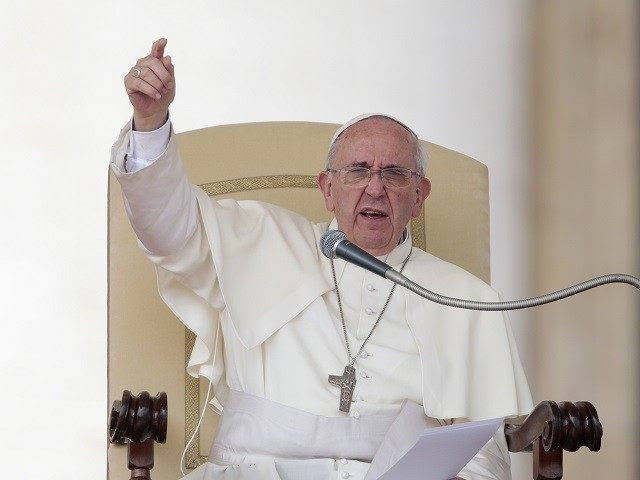