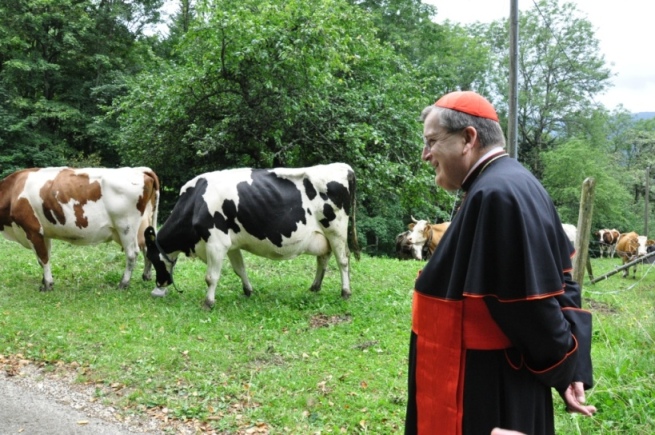 A couple of my posts on Cardinal Burke and dairy cows:

April 08, 2017 DOOM For Cardinal Burke? As Burke Reminisces About Milking The Cows...A Cow Falls Off The Back Of A Trunk In MINSK!

Both posts were in response to Burke's comments on his younger days as a dairy farmer:

RLCB: I was raised on a dairy farm, a small dairy farm in the state of Wisconsin in the United States of America. At that time, the state of Wisconsin was principally made up of small dairy farms, and it was a very good way of life: there was responsibility for the farm taken by all the children – I’m the youngest of six children – and also a deep sense of cooperating with God and working with nature to produce food and other products. In any case, it was in that context – of growing up in a Catholic family – on the dairy farm......Source 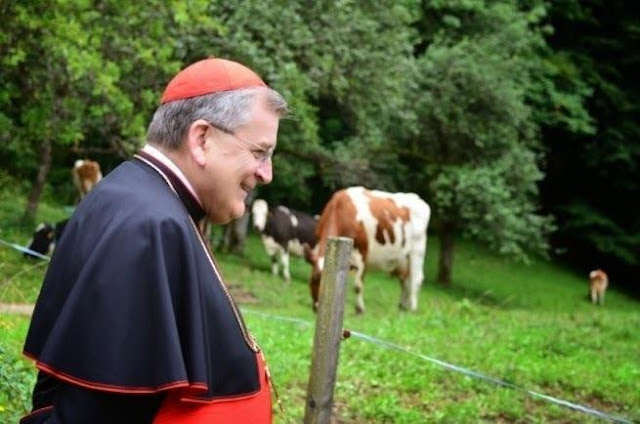 Raymond Leo Cardinal Burke actually embodies Chesterton’s description of a patriot – someone who loves his country – or his Church, so much that he is a “discontented man.” The opposite, Chesterton said, is a “courtier,” an “upholder of present conditions.” Just like in the time of St. John Fisher, it might appear that the courtiers have the upper hand, but who remembers the names of the bishops who trembled with fear in their palaces, while Fisher stood alone? Although Wisconsin is known for its production of cheese and not yet for lions or martyrs, maybe, when the smoke of battle has cleared, people will say – “there was only one Cardinal Burke – the Lion of Wisconsin.” Source 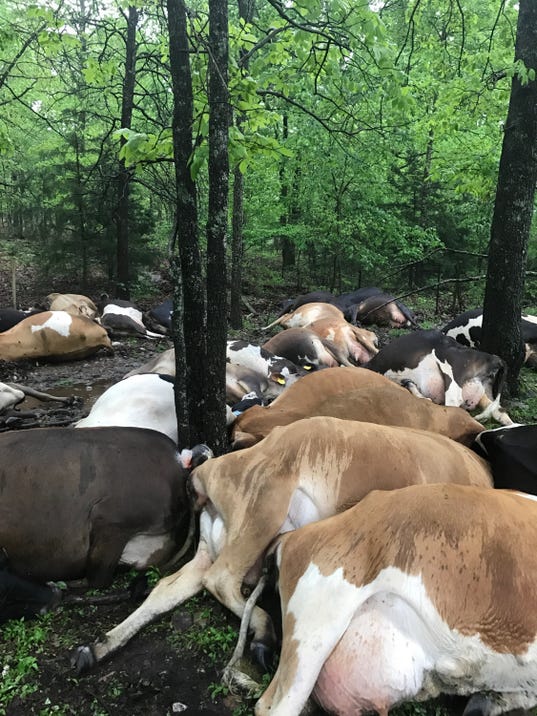 As he does every morning, Texas County dairy farmer Jared Blackwelder started milking his cows around 4 a.m. Saturday. He finished up just before daylight and headed back to the barn. He was about to lock the gate when lightning struck hard and close. "It was so bright I couldn't hardly see," he said. "It just brought fire down the fences." Later in the day when it was time to milk again, Blackwelder returned to the field and found 32 of his certified organic cows dead. A veterinarian confirmed the cows had been struck by lightning. Blackwelder suspects it was that same lightning strike that sent fire along his fences. "I went down over the hill and seen them laying there," an emotional Blackwelder said. "They were just piled on top of each other. They were huddled up, trying to get out of rain. "It's not like they are pets. But the ones I'm milking, I've raised every one of them," he said. "Dairy cattle are a little different because you mess with them twice a day. It knocks you hard." Source