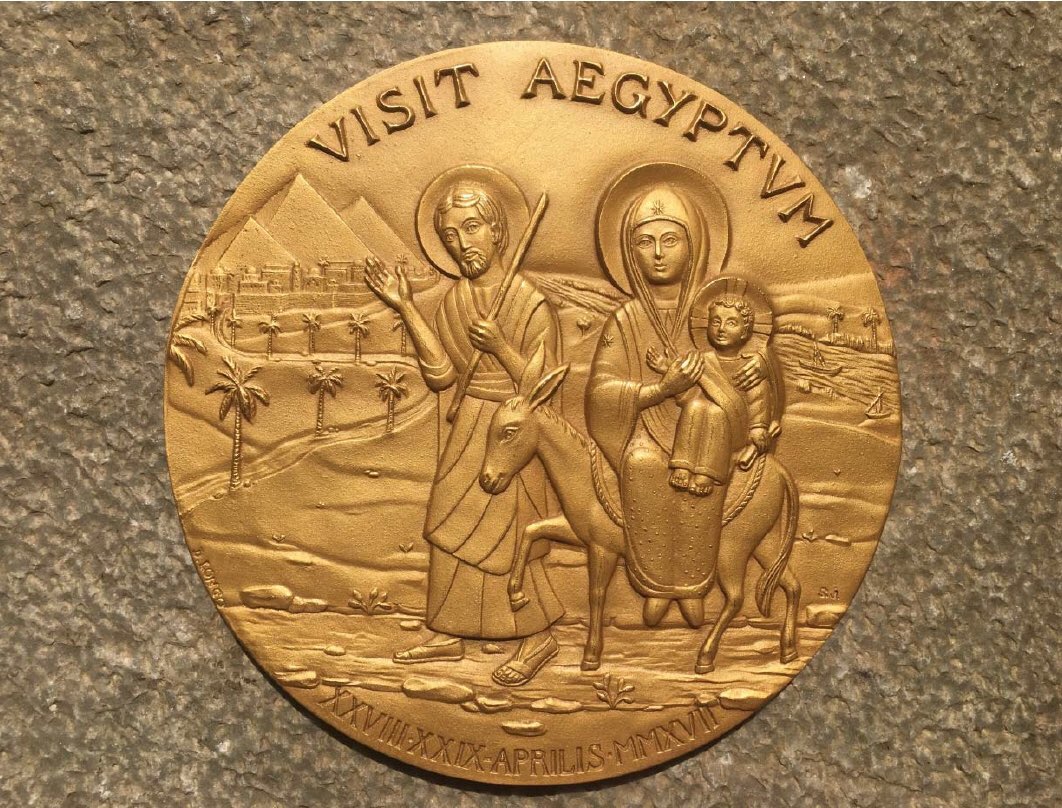 And after they were departed, behold an angel of the Lord appeared in sleep to Joseph, saying: Arise, and take the child and his mother, and fly into Egypt: and be there until I shall tell thee. For it will come to pass that Herod will seek the child to destroy him. Who arose, and took the child and his mother by night, and retired into Egypt: and he was there until the death of Herod: That it might be fulfilled which the Lord spoke by the prophet, saying: Out of Egypt have I called my son.


Flight to Egypt to destroy the Idols of the Egyptians

Flight to Egypt to build up the Idols Of The Egyptians.

Pope Francis gave the medallion of the Flight into Egypt to Egyptian President,Abdelfattah-Al-Sisi

This is getting ridiculous. Two Wisconsin Catholic priests, on podcast, say antifa is responsible for Capitol insurrection The video of Fr. Richard Heilman, Fr. James Altman & Doug Barry defending the Capitol Insurrection titled   “Rebellion to Tyrants is Obedience to God.” was pulled by them - because its too embarrassing. I guess these three warrior creeps can not defend what they believe in...the Bishop might see.... See what happens when you Rad Trads listen to these manly he man "prayer warriors" They told you to unite with like minded Protestant Evangelicals who supported Trump. And what happened? This..... 6 JANUARY 2021 This Protestant prayer service lead by a shirtless horned shaman is the rotten fruit of Rad Trad political ecumenism with lay protestants.  Fr. Richard Heilman & Fr. James Altman lead you into mess. These two Priests are jerks. Their Bishops should get rid of them just the Bishop of Madison did to Fr Z.  Especially Fr. Altman who is hanging ar