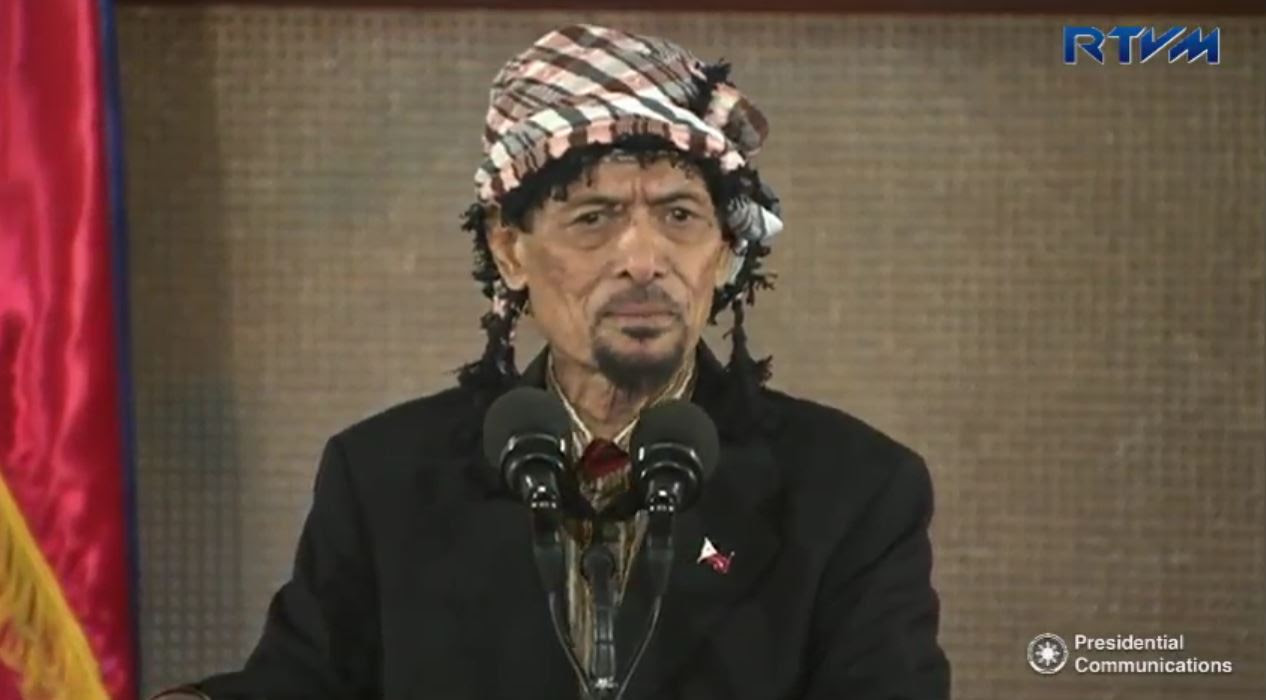 Even let's the Muslim use the president's podium!

I bet Duterte would never let Pope Francis even near the president's podium!

Don't think for a moment that this meeting is non-event.

This Muslim is at war with the Roman Catholics there in the Philippines.

Duterte is at war with the Roman Catholics there in the Philippines.

Both men are forming an alliance to murder as many Roman Catholics as possible.

An influential leader of the Philippines' decades-long Muslim separatist insurgency voiced support Thursday for peace efforts after rebellion charges against him were suspended and he held a surprise meeting with President Rodrigo Duterte. Moro National Liberation Front founder Nur Misuari was flown on a government-commissioned plane more than 900 kilometres (550 miles) from his southern jungle stronghold to Manila for the meeting with Duterte at the presidential palace. "I came here to thank him for restoring my freedom, if only partially," Misuari said. "Should he need our cooperation in his campaign for peace, you can count on us." Misuari, 77, had been in hiding since his forces allegedly launched attacks on civilians in the southern city of Zamboanga in 2013, leading to a three-week battle against the military that claimed about 200 lives. The government of Duterte's predecessor, Benigno Aquino, filed rebellion charges against Misuari, but he was able to remain on his southern island stronghold of Jolo under the protection of his armed followers. Misuari, a charismatic scholar, founded the MNLF in 1972 to wage a guerrilla war for a separate Islamic state in the south of mainly Catholic Philippines. Most of the nation's Muslim minority live in the southern region of Mindanao. Yahoo Read More>>>>>>>