Voices will be heard in the air. Men will beat their heads against walls, call for their death, and on another side death will be their torment. Blood will flow on all sides. Our Lady of La Salette 19 Sept. 1846 (Published by Mélanie 1879)

“In the year 1864, Lucifer together with a large number of demons will be unloosed from hell Our Lady of La Salette 19 Sept. 1846 (Published by Mélanie 1879)

"Our wrestling is not against flesh and blood; but against Principalities and Powers, against the rulers of the world of this darkness, against the spirits of wickedness in the high places." Ephesians 6:12

A FedEx cargo plane carrying 46,000 pounds of US mail burst into flames just moments after landing at Fort Lauderdale-Hollywood International Airport on Friday. The plane's landing gear collapsed and sparked a fire, causing the Boeing MD-10 aircraft's fuselage to explode and the left wing to burst into flames. A piece of the wing could be seen flying into the air during the explosion, which was caught on camera by one witness at the airport. Daily Mail Read More>>>>>>> 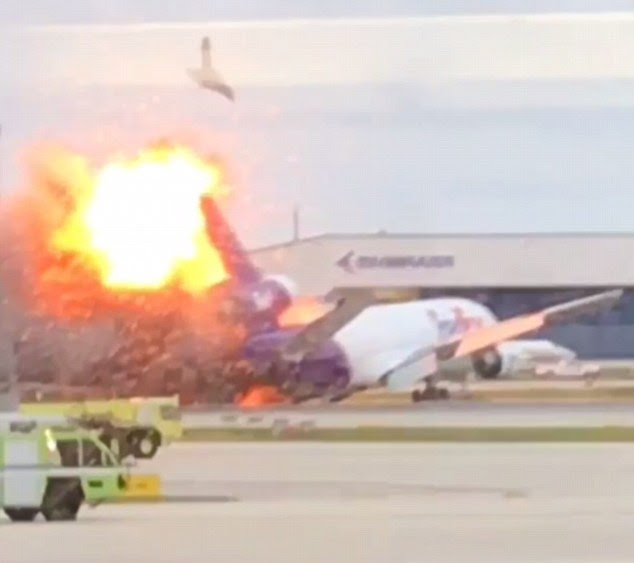 
'I thought it was the day I was going to die': Horrified passengers of American Airlines flight watched smoke seep into the plane after engine caught on fire just SECONDS before takeoff in explosion that injured 21

Twenty passengers had to be hospitalized after an American Airlines plane burst into flames on the runway at Chicago O'Hare International Airport on Friday afternoon. The horrifying scene was captured by one passenger who filmed the chaos inside the plane as everyone tried to get out of the burning aircraft. American Airlines Flight 383 was departing for Miami and just seconds away from takeoff when there was a sudden explosion on the Boeing 767 plane. ‘Let’s go, let’s go,’ the passengers yelled as they tried to rush each other out of the plane, some of them hysterically screaming as others first tried to grab their bags. The pilot aborted takeoff around 2.35pm and 161 passengers, nine crew members and a dog were forced to evacuate on the runway. Hector Cardenas captured the terror of his fellow passengers, who were begging each other to leave the plane faster after it caught on fire. 'Please let us out too,' someone can be heard saying in the video as the passengers line up to go down the escape chute slides. 'F*****g go,' one man screams as another woman simply wails 'Please' as she tries to get to the exit faster.  Daily Daily Read More>>>>>>>> 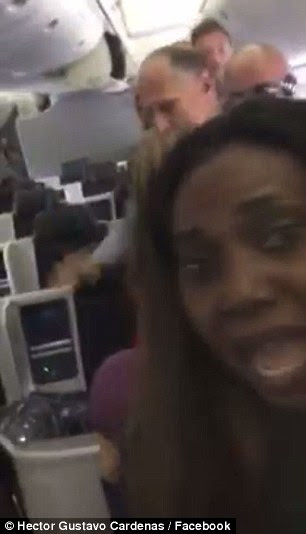 MOVE!
Music for this disaster.....

Head, shoulders, knees, toes
Look alive it's time to go
Gotta get up, I gotta get up
Move.....