Apparently This Violent Muslim Boy Didn't Get Pope Francis' Message On The Religion Of Peace.....

I don’t like to speak of Islamic violence, because every day, when I browse the newspapers, I see violence, here in Italy… this one who has murdered his girlfriend, another who has murdered the mother-in-law… and these are baptized Catholics! There are violent Catholics! If I speak of Islamic violence, I must speak of Catholic violence . . . and no, not all Muslims are violent, not all Catholics are violent. It is like a fruit salad; there’s everything. There are violent persons of this religion… this is true: I believe that in pretty much every religion there is always a small group of fundamentalists. Fundamentalists. We have them. Pope Francis


Belgian police hunt 15-year-old son of radical imam and declare him a 'serious threat' after the boy posts a video calling for the murder of all 'Christians'
Belgian police are desperately hunting a radicalised 15-year-old son of an imam who appeared in a video pleading for the 'annihilation of all Christians'. The chilling video shows the teenager, who has not been named, calling for Allah to 'destroy' Christians and 'kill them all'. He sang the alarming outburst which was filmed in Verviers, east Belgium, and police added that the boy has been recognised and is on a list on radicalised people.A source told the Daily Telegraph that the youngster is the son of a local radical imam - a leader of a mosque. The source added that the teenager posed a potentially 'serious threat' to the public and officers wanted to trace him 'as soon as possible'. Muriel Targnion, Mayor of Verviers, said that the recorded clip is being taken seriously and requested that officers find him as 'a matter of urgency'. Daily Mail Read More>>>>>> 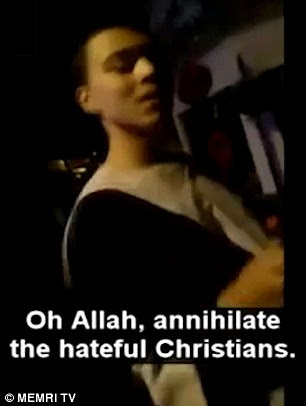 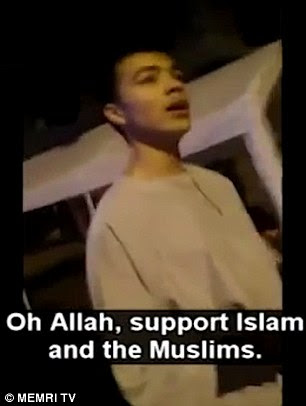 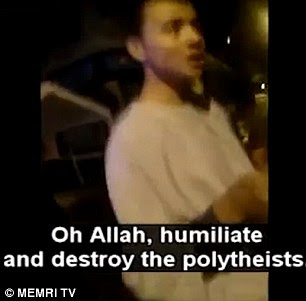 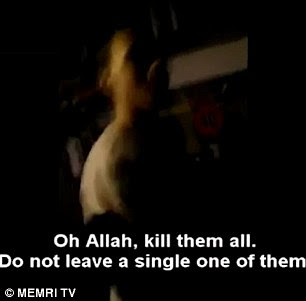