F*CK YOU Francis Friday Has Been Replaced By Images Of The Trail Of Dead Left In The Wake Of The Pope's Prayers! MUNICH OVER 8 MURDERED BY MUSLIMS

At least one person has died and another 10 people are injured after a lone gunman went on a shooting spree in a German shopping centre. A major police operation is ongoing in Munich, around the city's Olympic Park, with the force warning people to stay in their homes. People were seen running for their lives from the Munich Olympia Shopping Centre, in the district to get away from the incident after hearing gunshots. A video purporting to show the shooter, dressed in black, firing 20 shots has been posted on Twitter. The video shows him outside a McDonald's directly outside the shopping centre. The area around the Munich Olympia Shopping Centre in the district of Moosach has been sealed off as emergency services try to control the situation. Police have confirmed that at least one person has died as a result of the incident and German media have reported there may be up to 15 killed. Daily Mail Read More>>>>> 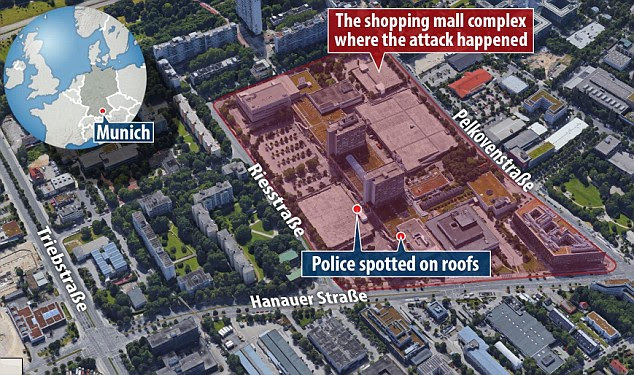