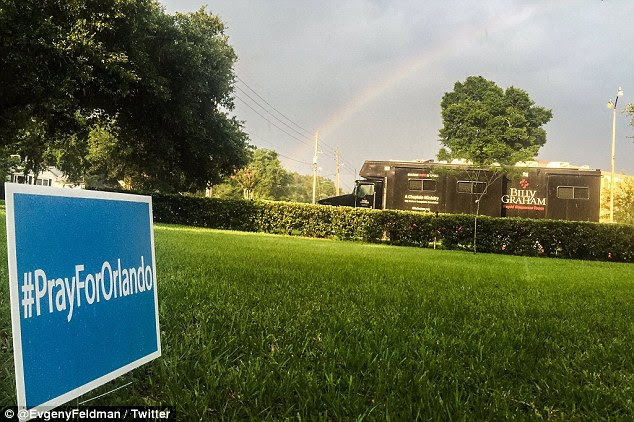 A rainbow brightened the sky over Orlando on Tuesday - and appeared to start at the gay nightclub that was the scene of the deadliest mass shooting in American history. Twitter was flooded with people in the city posting pictures and video of the rainbow, with some commenting that it seemed to start at Pulse, where 49 people were shot dead in the early hours of Sunday morning by a lone gunman. 'Heading to the gym (located two blocks from Pulse) and this rainbow is hanging over the nightclub #OrlandoStrong,' Alexa Score wrote on Twitter. 'Looked like it was coming out of pulse nightclub!!! #OrlandoStrong #OrlandoUnite,' added another user, along with a clip of the rainbow. Source

But some think otherwise! just because a rainbow is seen over the gay club some think that there will be no more doom to follow in the wake of the prayers uttered by Pope Francis for all the victims and families of the gay club attack?

Thing is, is that there are two sins involved here in the Gay Muslim attack

Both sins cry to Heaven for Vengeance.