Pope Francis Is Pulling The Wool Over Your Eyes: The First Thing A Wolf Is Gonna Do Is Label Their Enemies As Wolves!

I dreamed of this one here as Lord and huntsman,
pursing the wolf and the cubs up the mountain
(which blocks the sight of Lucca from the Pisans).

with skinny bitches, well trained and obedient;
he had out in front as leaders of the pack
Gualandi with Sismondi and Lanfranchi.

A short run, and the father with his sons
seemed to grow tired, and then I thought I saw
long fangs sunk deep into their sides, ripped open.
Inferno xxxiii

Dante uses the word wolf and cubs to describe the good guys in his vision the wolf being the Fatima Pope and the cubs to be the faithful:


I dreamed of this one here as Lord and huntsman,
pursing the wolf and the cubs up the mountain
(which blocks the sight of Lucca from the Pisans).


with skinny bitches, well trained and obedient;
he had out in front as leaders of the pack
Gualandi with Sismondi and Lanfranchi

The bad guys are the army of the forerunner to the Antichrist.

Dante describes the killing of the Fatima Pope and faithful as the father with his sons:


A short run, and the father with his sons
seemed to grow tired, and then I thought I saw
long fangs sunk deep into their sides, ripped open.


But the hireling, and he that is not the shepherd, whose own the sheep are not, seeth the wolf coming, and leaveth the sheep, and flieth: and the wolf catcheth, and scattereth the sheep:

Beware of false prophets, who come to you in the clothing of sheep, but inwardly they are ravening wolves.

Behold I send you as sheep in the midst of wolves. Be ye therefore wise as serpents and simple as doves


I know that, after my departure, ravening wolves will enter in among you, not sparing the flock.

Now if I was a wolf  the first thing I would do is to label my enemies as wolves.  This is the way wolves work.

Pope Francis brings up wolves in his homily during this morning’s mass at Casa Santa Marta, for the feast of Saints Cyril and Methodius, as Radio Vatican reports.


"...as lambs ... Do not become wolves... Because, sometimes, temptation makes us think: 'But this is difficult, these wolves are smart and I will be even more cunning than them, no?'. Lambs. Not a fool but a lamb. Lamb. With Christian cunning, but always a lamb. A lamb Because if you are a Lamb, He will defend you. But if you feel as strong as a wolf, He will not defend you, He will leave you alone, and the wolves will eat you alive. Like a lamb."

So who are the wolves? In the mind of Francis they certainly are not

And Pope Francis and his henchmen are not wolves.

So who is the wolf or wolves? 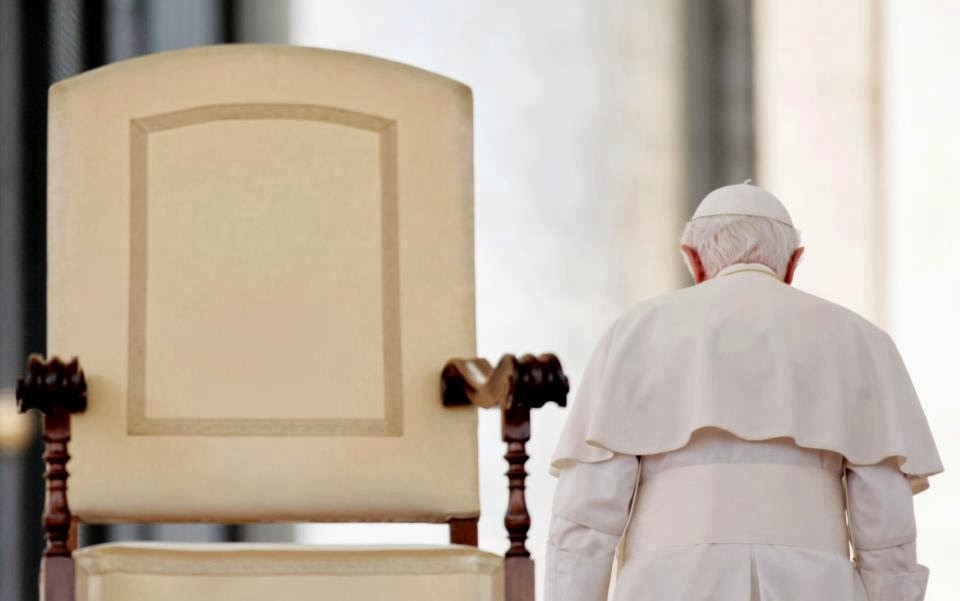