POPE FRANCIS - A HERETIC? ON THE PUNISHMENT OF HERETICS AND ESPECIALLY OF THE POPE WHO HAS BECOME A HERETIC WILLIAM OF OCKHAM Dial. 6.1-15 CHP. XIV 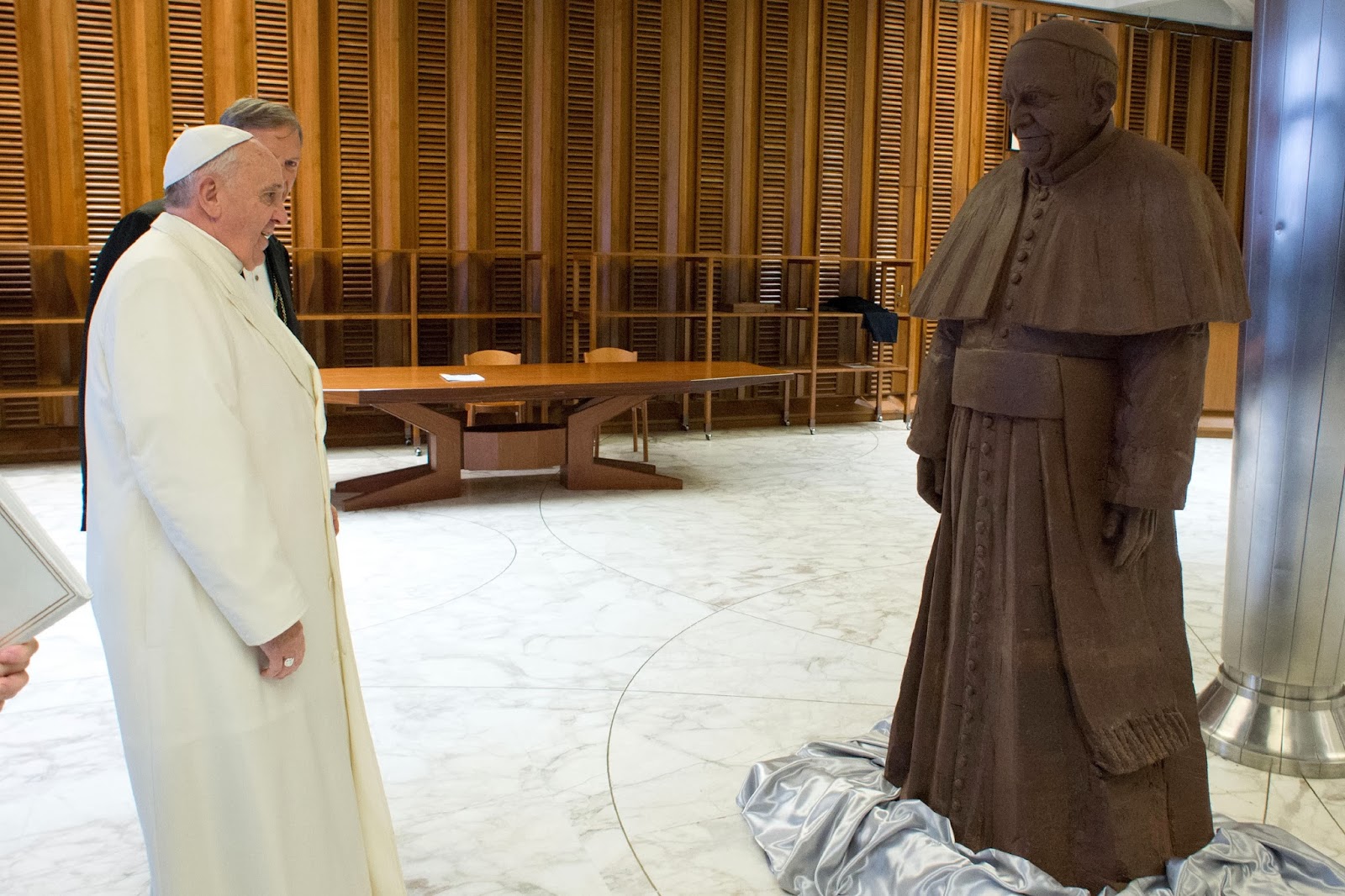 
Student: The aforewritten representations nearly bring me to confusion. That sheep acquire jurisdiction or power or authority over the shepherd, bodily members over the head, sons over the father, students over the master, subjects over the ruler, seems to me a harsh claim, especially since a malicious and false defamation must not, indeed cannot, confer jurisdiction. And therefore it appears momentous to assert that a pope mendaciously slandered of heresy becomes subject to the judgment of any person or persons on account of that kind of defamation, above all since it does not seem impossible that the whole of the catholic faith could survive in the pope alone, at least for some brief period of time. On the other hand zeal for the Christian faith makes me feel acutely distressed to admit that there must be no examination or judgment of a pope defamed of the crime of heresy, for since I hold the probable contention that a pope may lapse into heretical wickedness, if no examination of him were possible the whole faith might be endangered. Hence reveal to me whether some are endeavouring to clear up this confusion.

Master: There is a particular contention that no false defamation grants the church jurisdiction over the pope. If, however, the pope were to be slandered of heresy in a manner which could not be tolerated without scandal for the church or danger to the faith, then not only the universal church or the general council, but also bishops would have power of inquiry over him. If the latter were to discover that the pope was an obvious heretic, they would have the duty to arrest him or to denounce his wickedness to others.

Student: This assertion appears to include a contradiction. One of its elements seems to conflict with the other. For if no person possesses jurisdiction over a pope defamed of heresy, then no person would be competent to legally inquire about him, for it is known that the office of inquisition pertains to a superior holding jurisdiction, and not to an inferior or to an equal.

Master: The answer to this objection is that a summons pertains to a superior as much as an inquisition does. Indeed an equal or an inferior cannot normally issue a summons to a superior, for summoning belongs to one who has jurisdiction. And yet this does not prevent someone without jurisdiction over another from summoning him under certain circumstances. For if there is probable doubt whether a judge has jurisdiction over someone, the judge must and can summon him, and the person summoned is obligated to appear and to show that the summons does not hold. Were the person not to obey the summons, the other might excommunicate him, and for willful disobedience to a judicial order a judge who had no jurisdiction over that person begins to acquire such jurisdiction over him, in that he can now bind him by a sentence of excommunication (Extra, De appellationibus, Si duobus)[col. 412].

And they say that a similar view is to be held regarding an inquisition. That although to inquire normally belongs to a superior, if there is doubt about some person, then a potential judge (who cannot have access to a superior to find out whether he possesses jurisdiction and power of inquiry over the other person, and cannot discover the truth except through a prior inquisition as to whether he possesses jurisdiction over the other) will have the right to hold an inquiry about the other person in order to know whether this person belongs to his jurisdiction. They say that this perspective applies to the issue under discussion. Since by the very fact that a pope is so seriously defamed of heresy that such slander cannot be tolerated or concealed without scandal to the church or danger to the faith, prelates may have probable doubt as to whether the pope is a catholic or a heretic. For one must doubt about someone thus slandered (before an inquisition and examination of the case) whether rumour represents truth, and one must consequently wonder whether the person slandered committed the crime of which he is being defamed. If, however, prelates have probable doubt whether a pope defamed of heresy is a catholic or a heretic, it follows that they have probable doubt as to whether the pope has become subject to their jurisdiction. Indeed if the rumour is false he is not under their jurisdiction, because a pope who remains pope does not pertain to anybody's jurisdiction due to a false rumour. Forsooth a false rumour conveys no jurisdiction. But if the rumour is truthful, then a pope thus defamed is truly a heretic. And if he is truly a heretic, he pertains to the jurisdiction of catholics. Therefore just as catholic prelates have probable doubt whether a pope defamed of heresy is a catholic or a heretic, they have probable doubt whether he has become subject to their jurisdiction. And since they have probable doubt on this last point, if they cannot arrive at the truth of the matter otherwise than by an inquisition, they are bound to proceed with his case and to inquire, namely, whether the pope slandered of heresy is subject to their jurisdiction. But this they cannot formally investigate unless they inquire whether the pope defamed of heresy is a heretic or a catholic. Therefore in this case catholic prelates have the power to inquire about a pope mendaciously slandered of heresy, even if in truth they do not have jurisdiction over him. Just as someone may summon another whose judge in truth he is not.