Toldya!
Looks like the Sodomite Voris  and the Witch Niles really do communicate with Apostate Catholics + Witches & Sodomites.
FSSP Influencers Voirs and Niles are engaged in clandestine coordinated attacks against SSPX Priests using some secretive Facebook account made up of witches etc....
These witches cast spells and curses on-line directed against SSPX Priests.
Ruth Ann Parks is the head witch of this Facebook coven
LifeSite has since learned that Parks, who lives in Kansas, is a member of a secret Facebook group that appears to be clandestinely coordinating with Church Militant on how best to strategize in order to stifle this journalist’s reporting and to smear his public reputation. Some of the members of the group are ex-Catholics who mock the Church and curse SSPX priests online. More will be written about this group in a future LifeSite report. Source
Truly Demonic..... 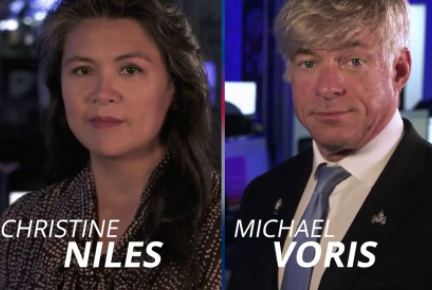 Lifesitenews is going to do a report on this secretive Facebook group.