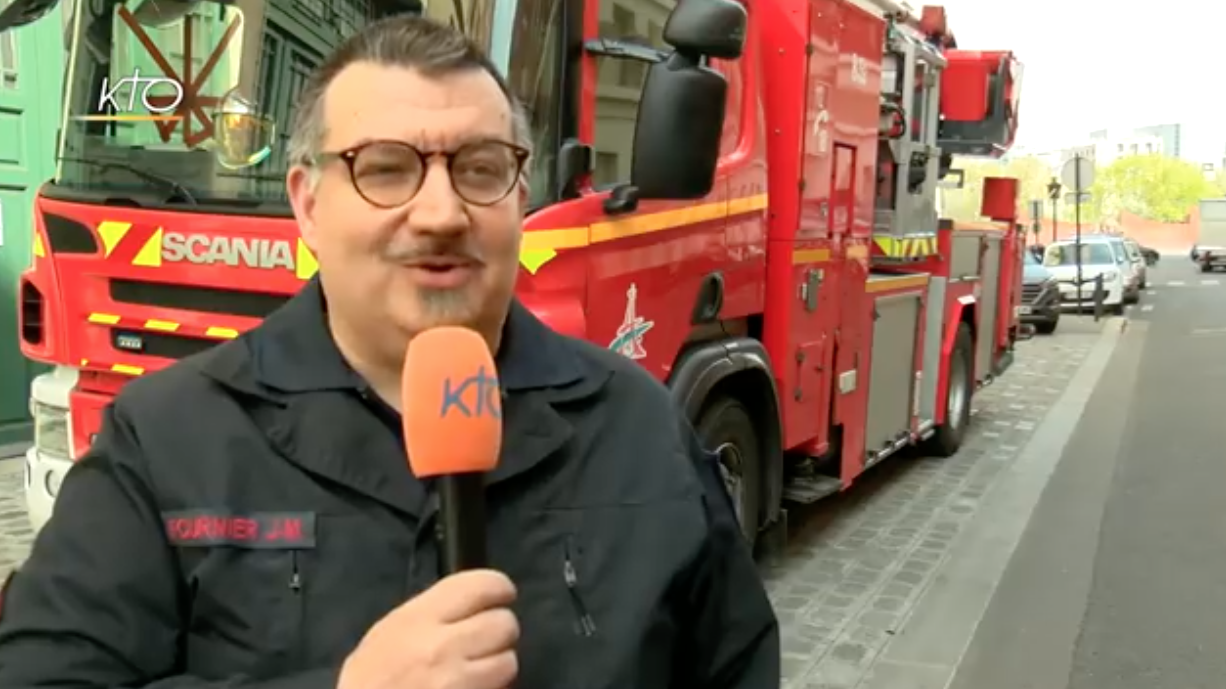 
I am father Fournier, chaplain-major at the Paris Fire Brigade and I was the chaplain on duty this 15th of April when an extraordinary fire occurred in the Notre-Dame cathedral.

As I was on duty, I was called on the scene, and right away two things must absolutely be done : save this unfathomable treasure that is the crown of thorns, and of course our Lord present in the Blessed Sacrament.

As I entered the cathedral, there was little smoke and almost no heat, but we had a vision of what hell may be : like waterfalls of fire pouring down from the openings in the roof, due to the downfall not only of the spire but also of other smaller debris in the choir.

I was escorted by a senior officer; the difficulty was in finding the holder of the code to the safe that sheltered the Crown of Thorns. This took us much time, and during this quest for the code a team of firefighters was trying to break open the safe, and they did just as I got a hold of the keys.

The relic was then extracted [from the building] and guarded by police officers.

Everybody understands that the Crown of Thorns is an absolutely unique and extraordinary relic, but the Blessed Sacrament is our Lord, really present in his body, soul, divinity and humanity and you understand that it is hard to see someone you love perish in the blaze. As firefighters we often see casualties from fire and we know its effects, this is why I sought to preserve above all the real presence of our Lord Jesus-Christ.

[Something about Macron and the fact that there were 400 up to 600 firefighters on scene...]

Here I am completely alone in the cathedral, in the middle of burning debris falling down from the ceiling, I call upon Jesus to help us save His home.

It was probably both this and the excellent general maneuver of the firefighters that led to the stopping of the fire, the ultimate rescuing of the northern tower and subsequently of the other one.

We started Lent by imposing ashes and saying "remember you are dust", and truly this was a miniature Lent: the Cathedral went to ashes, not to disappear, but to emerge stronger, as we Christians are, after the Resurrection of our Lord Jesus-Christ. Source