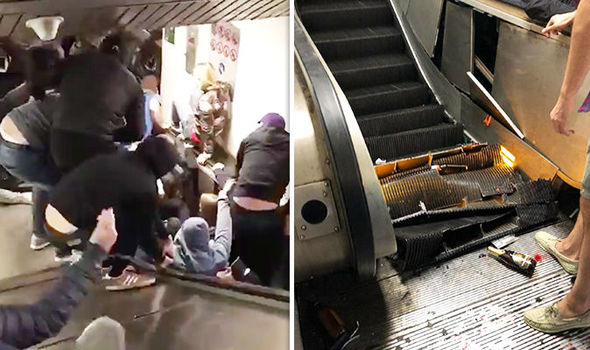 Following on the heels of the Rome hail storm....

Italian transport unions, consumer associations and Rome residents have called for a full investigation into the maintenance and safety of the city’s metro system after 24 CSKA Moscow football fans were injured when a crowded escalator suddenly sped up before collapsing. Video footage showed people hurling down the rapidly moving staircase at Repubblica station before piling on top of one another at the bottom. One man is at risk of losing his foot while others suffered leg injuries after becoming trapped between the metal plates of the escalator’s steps. An investigation has been launched by Rome’s public prosecutor and Atac, the company that manages the city’s transport system. “The problem seems to have been due to an overload on the escalator,” said Michele Frullo, from the USB union. “We ask for maintenance works carried out by external companies to be monitored; for some time now we have called for such fundamental Atac jobs to be internalised.” Source 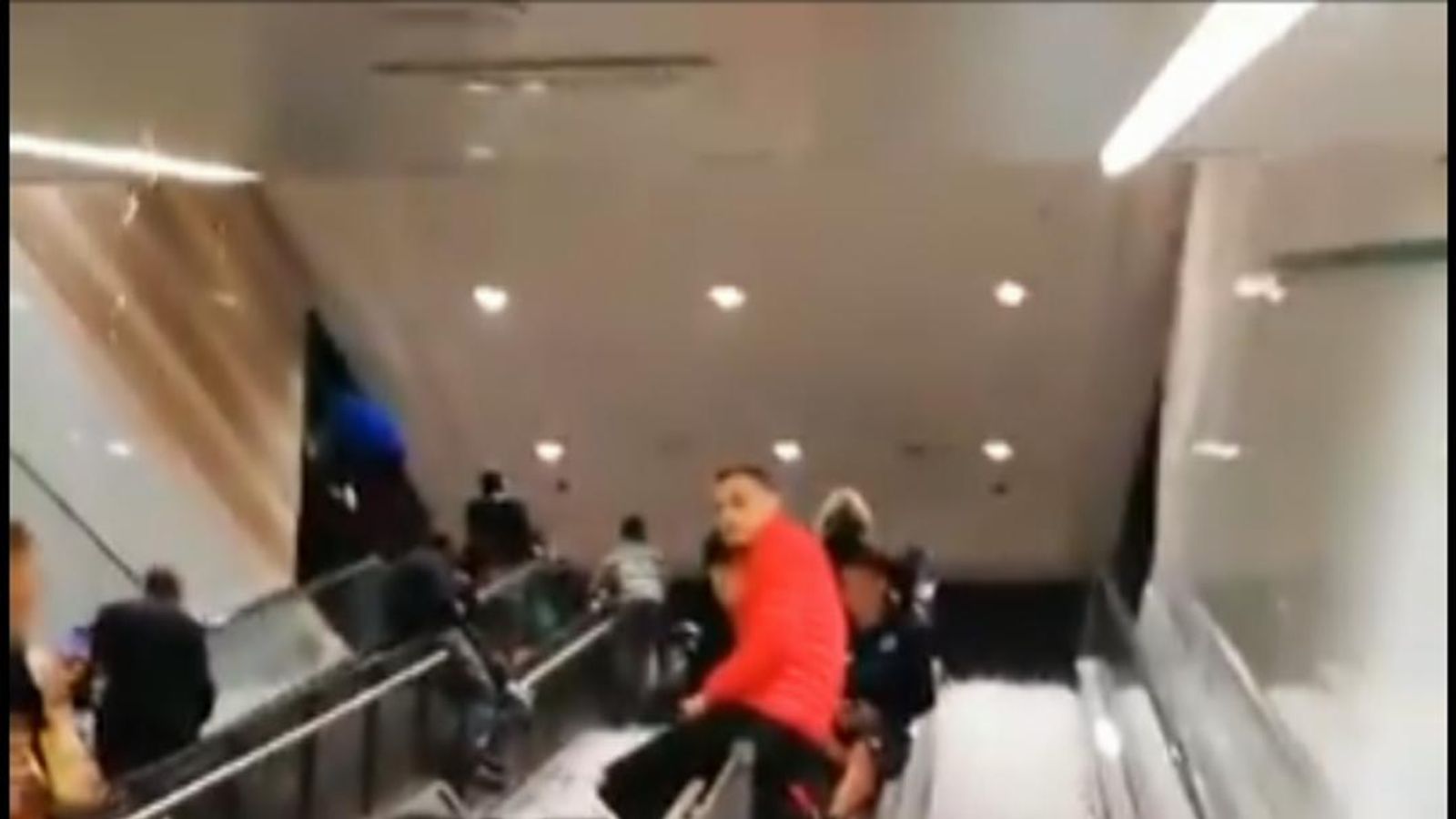 Remember FSSP RAD TRADS After You Are Done Murdering The Fatima Pope, Bishops, Priests On Top A Steep Mountain One Day - There Won't Be Any Priests To Hear Your Confession Or Say Mass...Just Saying....

FSSP'ers will one day join the Forerunner to the Antichrist and his Nationalist Army as foretold by Our Lady of La Salette: "A forerunner of the Antichrist, with his troops drawn from many nations, will wage war against the true Christ, sole Savior of the world; he will shed much blood and will seek to annihilate the cult of God so as to be regarded as a god." Our Lady of La Salette 19 Sept. 1846 (Published by Mélanie 1879) FSSP'ers will one day murder the Fatima Pope, Bishops, Priests, men and women Religious going up a steep mountain as Our Lady Of Fatima has foretold: “J.M.J. The third part of the secret revealed at the Cova da Iria-Fatima, on 13 July 1917. I write in obedience to you, my God, who command me to do so through his Excellency the Bishop of Leiria and through your Most Holy Mother and mine. After the two parts which I have already explained, at the left of Our Lady and a little above, we saw an Angel with a flaming sword in his left hand; flashing, it