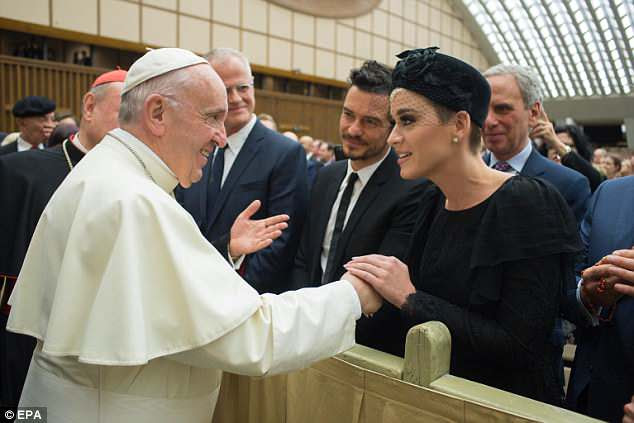 Katy Perry and her 'darling' boyfriend Orlando Bloom met the Pope on Saturday as they attended a charity conference at Vatican City. The singer looked humbled as she was met with Pope Francis at the fourth annual conference in honour of the Unite To Cure conference which gathers experts in health, entertainment, media and technology. Lining up alongside a host of other experts, Katy and Orlando beamed as they met the leader during the event shortly after she had taken to her Instagram stories to reveal she was en route to speak about meditation. Source