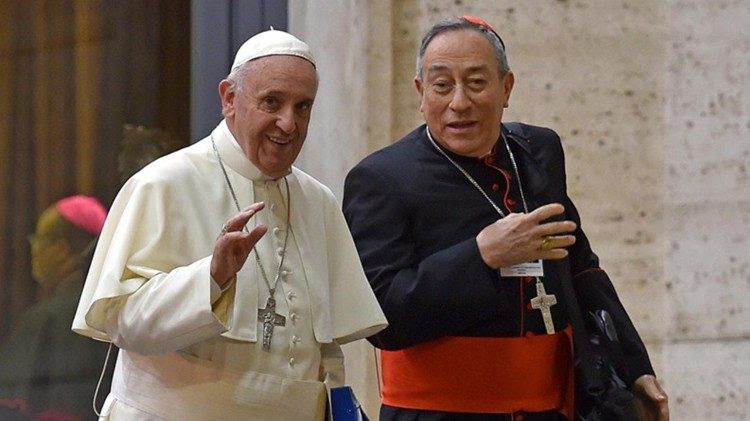 
Pope to Card. Maradiaga: I'm sorry for the evil they have done against you

Pope Francis spoke via telephone with Cardinal Rodriguez in the wake of the allegations against the Cardinal, who states that the accusations are an attack by those opposed to the Holy Father's curial reform efforts

Pope Francis spoke by telephone with Cardinal Óscar Andrés Rodríguez Maradiaga, Archbishop of Tegucigalpa, after the journalistic accusations addressed to the Cardinal regarding the use of large sums of money received from the Catholic University of Honduras, of which he is Chancellor. In an interview given to Suyapa TV, a television channel of the Church of Honduras, the Cardinal forcefully defined the allegations as calumnious.

The phone call with the Pope: do not be worried

The Cardinal, who holds the role of coordinator of the so-called C9, the Council of Cardinals which collaborates with the Pope on the reform of the Roman Curia, stated that he has had many attestations of solidarity, even from non-Catholic exponents. He then talked about a phone call with the Pope, who told him: “‘I’m sorry for all the evil they have done against you, but do not you worry’. I said to him, ‘Holiness, I am at peace – at peace because I am with the Lord Jesus who knows everyone’s heart’.”

The accusations start from an investigation by a journalist from L’Espresso, who tells of an improper use of tens of thousands of euros paid by the Catholic University of Honduras to the Honduran Cardinal. The Cardinal, in turn, accuses the journalist of not having “professional ethics” or credibility, and of earning money in an infamous way. The Cardinal states that this is old news, already disseminated in 2016 anonymously by a former employee of the University dismissed for the dishonest administration of the institute’s funds. The Cardinal explains that professional deontology requires, before publishing an accusation against someone, that we try to listen to the accused person. He goes on to say that slander is a sin, but it is also a punishable crime. Cardinal Maradiaga recalls that the money received is not used for personal purposes, but to help the poor, give healthcare to the needy, [and] to support priests in rural parishes.

It is an attack by those who do not want reforms

The coordinator of the C9 seeks to understand what could be the reason why a year-old news item should come out, a few days before his renunciation of the leadership of the Archdiocese of Tegucigalpa. Attacking him with a false scandal, he explains, is an “attack on the Holy Father,” by “those who do not want the Curia reformed.”

Tempted to retire in peace

Finally, regarding his renunciation, he affirms that he will be equally happy, whether the Pope accepts it or reject it. “I have been a bishop for 39 years, and for 25 years Archbishop of Tegucigalpa. The possibility of retiring in peace does tempt me.” Source