POPE FRANCIS HARIRI DOOM! One Month After Meeting The Pope HARIRI Is Kidnapped By The SAUDIS..... 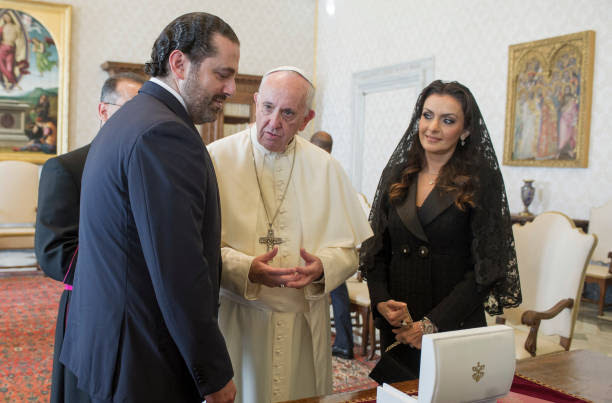 This doom is sad.


Vatican City, Oct 13, 2017 / 11:21 am (CNA/EWTN News).- Pope Francis and the prime minister of Lebanon, Saad Rafic Hariri, discussed Friday the current situation in the Middle East and Lebanon, which has received a large number of refugees from Syria. According to an Oct. 13 statement from the Vatican, the meeting took place “in an atmosphere of great cordiality,” which enabled a productive discussion of various issues in Lebanon and the Middle East. Among these, the two expressed hope for “increasingly fruitful collaboration between the various political powers” in support of the common good of the nation. Source

One month after meeting with the Pope:

Yeah the writing is a on the wall - he knew this during his visit to the Vatican....

Hariri is a Catholic..