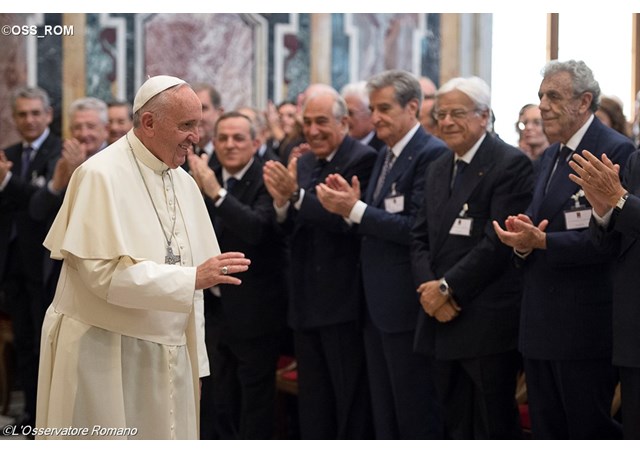 Pope: The Human Being Is At The Centre Of Development

Several years ago a lengthy article was published (8), which interpreted Chapter IV of Vatican I’s Constitution, Pastor Aeternus, as teaching that a pope can not fall into personal heresy (cannot lose the virtue of faith). The author essentially argued that the First Vatican Council raised to the level of dogma the opinion of St. Bellarmine and Albert Pighius (who held that a pope cannot lose his personal faith), and that, consequently, the contrary opinion can no longer be defended.

In his famous four-hour speech, delivered during Vatican I, Bishop Vincent Gasser, the official Relator (spokesperson) for the Deputation of the Faith, stated that this is precisely not what the document intended to teach. During the speech, which provided the Church’s official interpretation of the document to the Council fathers, Bishop Gasser responded to what he called “a very serious objection raised in this podium, to the effect that we wish to elevate the extreme opinion of a certain school of theologians into a dogma of the Faith”. What was this extreme opinion? He goes on to explain:

"As far as the doctrine set forth in the Draft goes, the Deputation is unjustly accused of wanting to raise an extreme opinion, viz., that of Albert Pighius, to the dignity of a dogma. For the opinion of Albert Pighius, which Bellarmine indeed calls ‘pious and probable’, was that the Pope, as an individual person or a private teacher, was able to err from a type of ignorance but was never able to fall into heresy or teach heresy." (9)

After quoting the text in which St. Bellarmine agrees with the opinion of Albert Pighius, Bishop Gasser concluded by saying: “it is evident that the doctrine in the proposed Chapter [of Pastor Aeternus] is not that of Albert Pighius or the extreme opinion of any school…” (10)

Suffice it to say that the hypothesis of a pope falling into personal or even public heresy is not contrary to the teaching of Vatican I when interpreted according to the mind of the Church. This explains why the dogmatic manual of Msgr. Van Noort, which was published many decades after the Council, noted that “some competent theologians do concede that the pope when not speaking ex cathedra could fall into formal heresy.” (11) Clearly, neither Msgr. Van Noort, nor the other “competent theologians” he is referring to, considered this teaching to be at variance with Chapter IV of Pastor Aeternus.