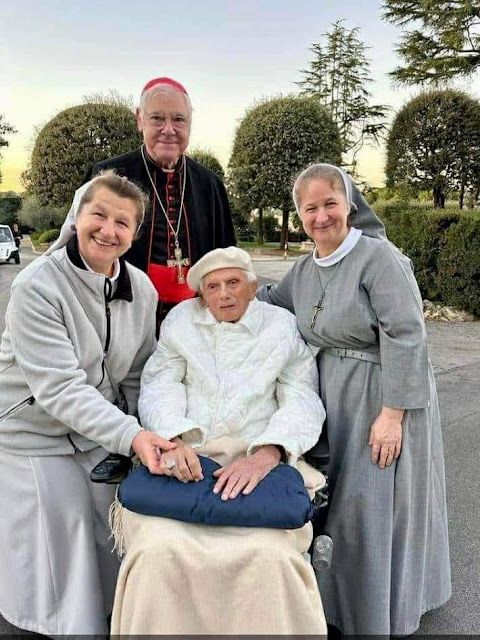 When you see a night illumined by an unknown light, know that this is the great sign given you by God that he is about to punish the world for its crimes, by means of war, famine, and persecutions of the Church and of the Holy Father.  Our Lady of Fatima

“The Vicar of my Son will suffer a great deal, because for a while the Church will yield to large persecution, a time of darkness and the Church will witness a frightful crisis. Our Lady of La Salette 19 Sept. 1846 (Published by Mélanie 1879)
The unknown light has not happened yet, because the world has not been punished for its crimes, by means of war, famine, and persecutions of the Church and of the Holy Father. This has yet to happen. According to Our Lady of La Salette this chastisement will occur after the death of the TWO POPES:
"I didn't see, I don't see any Great Pope or Great Monarch before an extremely great tribulation, horrifying, terrible and general for all Christendom. But before that time, twice there will be a short lived peace; TWO shaky, servile, doubtful popes" Mélanie
This chastisement should last 35+ years:
God will abandon mankind to itself and will send punishments which will follow one after the other for more than thirty-five years. Our Lady of La Salette 19 Sept. 1846 (Published by Mélanie 1879)
When the last of the TWO POPES dies then there should be an unknown light to light up the night sky all across the Globe.
When this unknown light occurs know that our punishment begins.
The unknown light has to occur when there is a new moon so that no one can question the source of the unknown light.
Only two more new moons left in 2022.