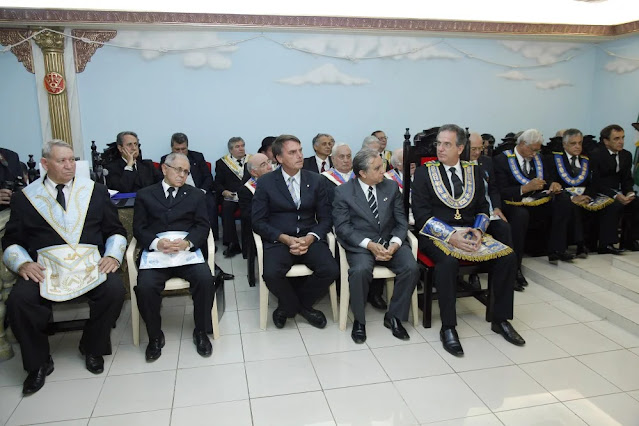 FSSP Rad Trads get it wrong again.
Are you starting to see why the FSSP will one day join with the Forerunner to the Antichrist in the killing of the Fatima Pope and Faithful?
FSSP Rad Trads will condemn a Prelate for attending a Masonic ceremony but will say it is OK for a Lay Politician to attend a Masonic Ceremony!
Goes to show that FSSP Rad Trads hate the Clergy and it is no wonder that they will one day hunt down and murder Priests as Our Lady of La Salette foretold.
Remnant's RAD TRAD Michael Matt's love for Freemasonic Bolsonardo:
1. President of Brazil Will Not Allow Vax Pass
2. President Trump and First Lady test positive for COVID, both have mild symptoms
3. WEAPONIZING PANIC: Will COVID19 Be Trump's Waterloo
4. PAPAL POLITICIAN: Down with Presidente Bergoglio
5. MORE CATHOLIC THAN FRANCIS: Pope Loses Big in EU Elections
6. Brazil's New Prez: "God Before All
ARCHBISHOP VIGANO IS THE TWO FACE NAPOLEON: