Mass Casualty Incidents Prior To The Death Of Pope: 50 Dead In Haiti Gas Tanker Explosion 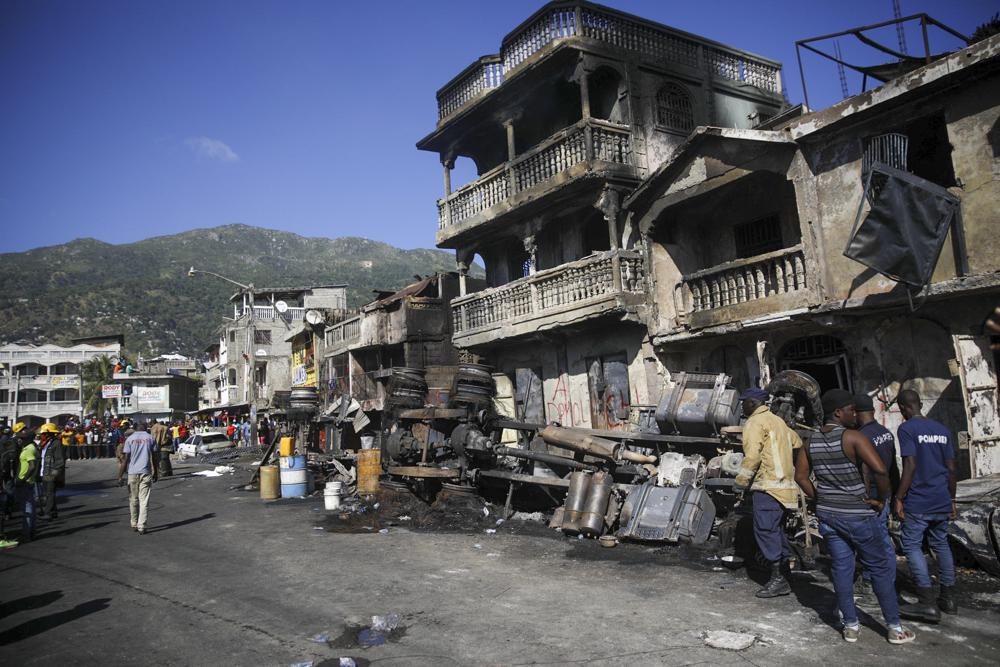 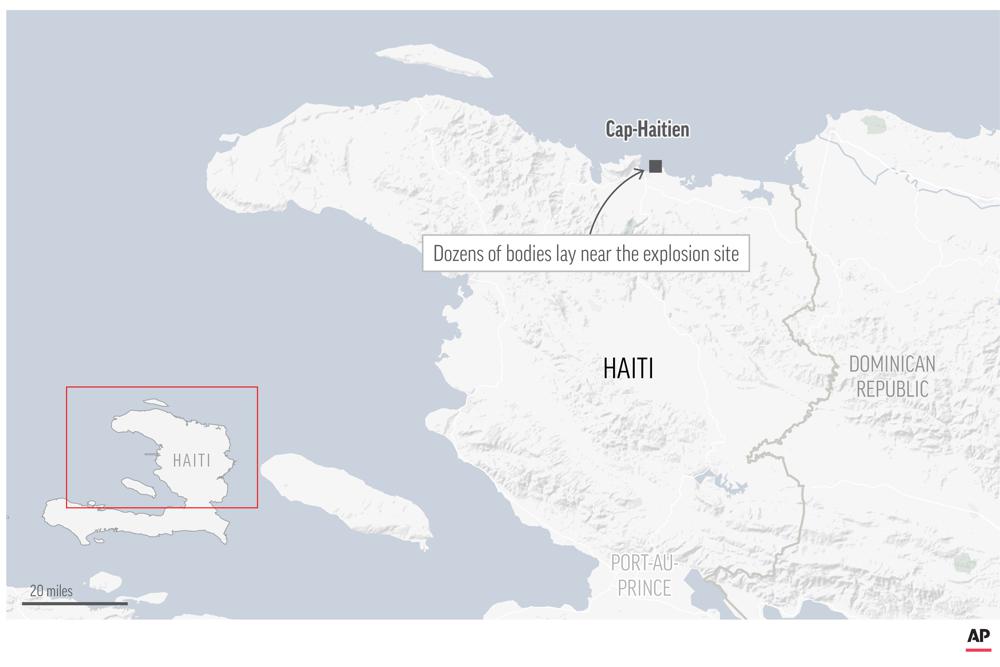 Following up posts on Mass Casualty Incidents leading up to the death of the first of the Two Popes:

MASS CASUALTY INCIDENTS PRIOR TO THE DEATH OF POPE: 49 CENTRAL AMERICAN MIGRANTS DEAD, 58 INJURED AFTER TRUCK CRASH IN SOUTHERN MEXICO.....

MASS CASUALTY INCIDENTS PRIOR TO THE DEATH OF POPE: 100 KILLED AS TWISTERS RIP THROUGH MISSISSIPPI VALLEY 'SHREDDING' NURSING HOME AND DESTROYING AMAZON WAREHOUSE 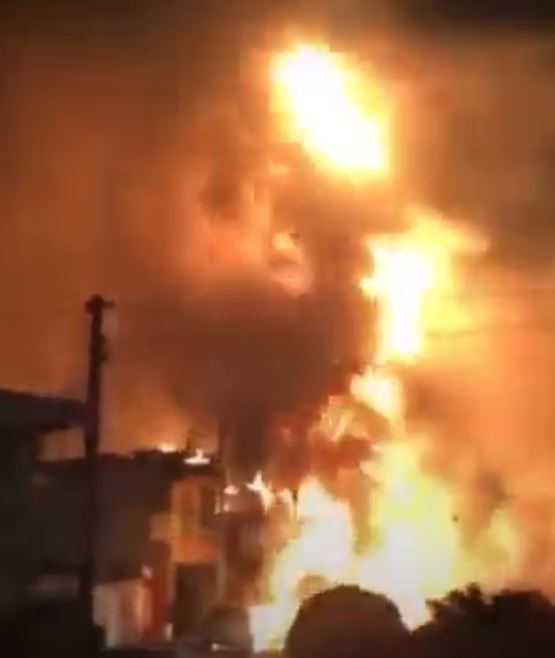 PORT-AU-PRINCE, Haiti (AP) — A truck carrying gasoline overturned and exploded in a fireball in northern Haiti, engulfing cars and homes in flames as it killed more than 50 people and injured dozens of others in the latest disaster to hit a country whose troubles deepened greatly this year. The explosion occurred late Monday in the coastal city of Cap-Haitien as survivors rushed outside and yelled as they observed how the fire consumed part of their neighborhood. Hours later, a local hospital was overwhelmed with injured people as it pleaded for basic supplies and more medical staff. Dozens of bodies lay near the explosion site as some people used buckets to scoop up gasoline from the truck and the street to take back to their homes, Dave Larose, a civil engineer who works in Cap-Haitien, told The Associated Press. The explosion occurred as Haiti struggles with a severe shortage of fuel and spiraling gas prices that recently forced hospitals to turn away patients, temporarily shut down gas stations, schools and businesses and prompted the government of U.S. and Canada to urge its citizens to leave while they still could. “It’s terrible what our country has to go through,” Larose said. Haiti is still trying to recover from the July 7 presidential assassination and a 7.2 magnitude earthquake that struck in mid-August, killing more than 2,200 people and destroying tens of thousands of homes. The country of more than 11 million people also has been hit by a spike in gang-related kidnappings, including 17 missionaries with a U.S. religious organization who were abducted in mid-October. Five of them have been released but another 12 are still being held. 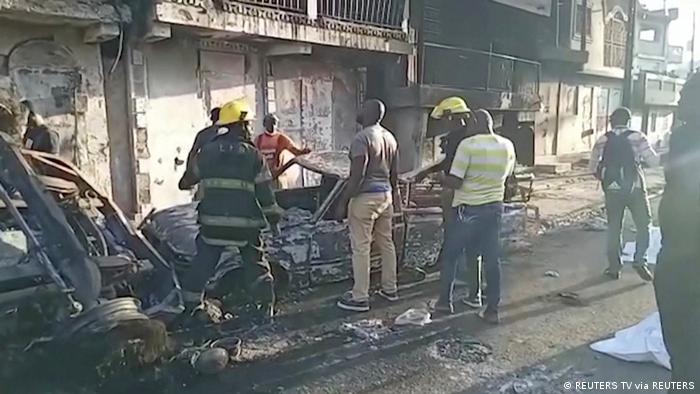 Now, Haitians find themselves mourning the victims of the explosion, which officials believe occurred after the gas truck overturned after apparently trying to avoid hitting a motorcycle, Patrick Almonor, deputy mayor of Cap-Haitien, told The Associated Press. He said at least 53 deaths and more than 100 injured have been reported following the explosion that burned around 20 homes near the site. He said he expects the number of deaths to keep rising because people who died in their homes have not yet been counted. “It’s horrible what happened,” he said. “We lost so many lives.” Almonor said a local hospital is in dire need of more nurses, doctors and basic medical supplies to help those injured. “We are overwhelmed,” a person identified as Dr. Calhil Turenne told Le Nouvelliste newspaper. Prime Minister Ariel Henry said he was devastated and announced that his administration was deploying field hospitals to the area to help those affected. “Three days of national mourning will be decreed throughout the territory, in memory of the victims of this tragedy that the entire Haitian nation is grieving,” he tweeted. Former Prime Minister Claude Joseph also mourned the victims, tweeting, “I share the pain and sorrow of all the people.” Source

Mass Casualty Incidents will start to be a thing now that one of the Two Popes will die soon.

You will see more of these Mass Casualty Incidents up until the death of the Pope.

No one is talking about these coming  Mass Casualty Incidents...yet...but they will soon.

These Horrible Mass Casualty Incidents will be the latest trend.

As usual this is the first blog to take notice - others will follow once they read this post....as always.... 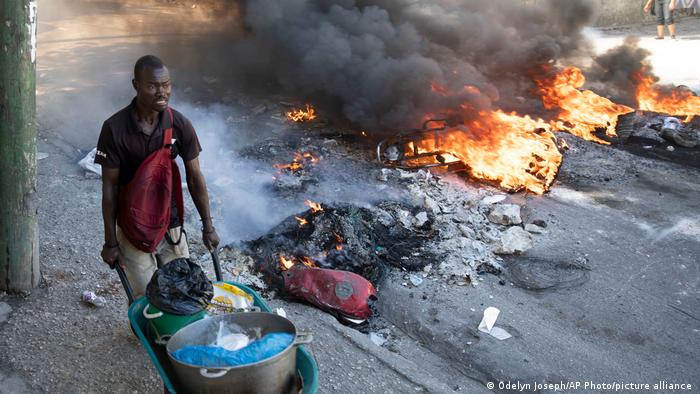