Anti-SSPXer Timothy Gordon Claims Viganò Is In Direct Contact With Dr. Taylor Marshall: Two Face Napoleon Teams Up With False Prophet Of The Forerunner To The Antichrist. 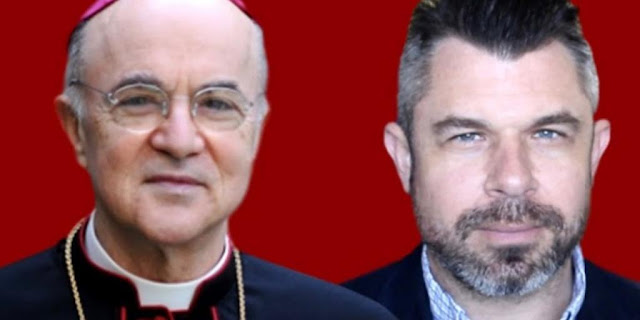 Two Face Napoleon + False Prophet Of The Forerunner To The Antichrist
“May the curate of my Son, Pope Pius IX never leave Rome again after 1859; may he, however, be steadfast and noble, may he fight with the weapons of faith and love. I will be at his side. May he be on his guard against Napoleon: he is two-faced, and when he wishes to make himself Pope as well as Emperor, God will soon draw back from him. He is the master-mind who, always wanting to ascend further, will fall on the sword he wished to use to force his people to be raised up. Our Lady of La Salette 19 Sept. 1846 (Published by Mélanie 1879)
“A forerunner of the Antichrist, with his troops gathered from several nations, will fight against the true Christ, the only Saviour of the world. He will shed much blood and will want to annihilate the worship of God to make himself be looked upon as a God. Our Lady of La Salette 19 Sept. 1846 (Published by Mélanie 1879)
Two Face Napoleon Teams Up With False Prophet Of The Forerunner To The Antichrist.

I have identified the

These three figures are mentioned in the Message of the La Salette.
Here is ant-SSPX'er Timothy Gordon at mark 18 minutes on the union of Viganò and Dr. Taylor Marshall