All the civil governments will have one and the same plan, which will be to abolish and do away with every religious principal to make way for materialism, atheism, spiritualism and vice of all kinds. Our Lady of La Salette 19 Sept. 1846 (Published by Mélanie 1879)
There will be a kind of false peace in the world. People will think of nothing but amusement. The wicked will give themselves over to all kinds of sin. Our Lady of La Salette 19 Sept. 1846 (Published by Mélanie 1879)
If this isn't false peace I don't know what is.....
Black Lives Matter movement nominated for Nobel peace prize
The Black Lives Matter movement has been nominated for the 2021 Nobel peace prize for the way its call for systemic change has spread around the world.
In his nomination papers, the Norwegian MP Petter Eide said the movement had forced countries outside the US to grapple with racism within their own societies.
“I find that one of the key challenges we have seen in America, but also in Europe and Asia, is the kind of increasing conflict based on inequality,” Eide said. “Black Lives Matter has become a very important worldwide movement to fight racial injustice.
“They have had a tremendous achievement in raising global awareness and consciousness about racial injustice.”
Eide, who has previously nominated human rights activists from Russia and China for the prize, said one other thing that impressed him about the Black Lives Matter movement was the way “they have been able to mobilise people from all groups of society, not just African-Americans, not just oppressed people, it has been a broad movement, in a way which has been different from their predecessors.”
The Black Lives Matter movement was founded in 2013 in response to the acquittal in the US of the man who shot Trayvon Martin. It gained wider recognition in 2014 following protests over the deaths of Michael Brown and Eric Garner, and was the wellspring of a series of global protests in 2020 following the deaths of George Floyd and Breonna Taylor. Source 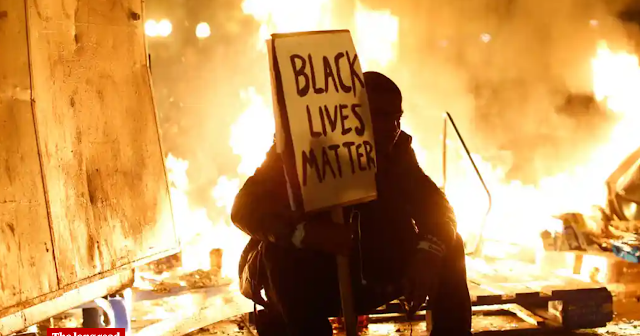