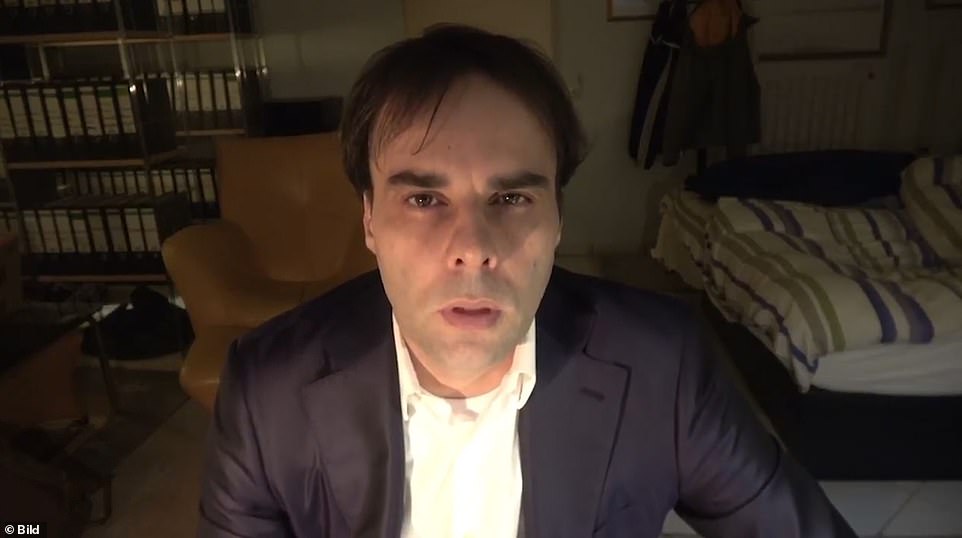 "This is my personal message to all Americans,"

he says at the beginning of the shot into the camera, saying that he has a personal message for all Americans.

America is under the control of secret societies that can control the thoughts of others. A system of modern slavery is operated. There are secret, underground military bases in the United States where small children are tortured and killed, and in some cases the devil himself is worshiped. The media have no idea. It is now the duty of all Americans to find and storm these bases and put an end to this nightmare. His final appeal to the audience: "Fight now". Tobias Rathjen
Seems that this Nationalist has the same conspiracy view as Ann Barnhardt on Satanism - I do know that Ann prides herself on her German audience......

REVEALED: German neo-Nazi 'terrorist' who shot nine dead before killing his mother and himself was a far-right conspiracy theorist who believed in aliens, mind control and secret US bases where children are sacrificed to Satan

A neo-Nazi gunman who shot nine people dead in a terror attack on two shisha bars in Germany before killing his mother and then himself was a far-right conspiracy theorist who was obsessed by aliens, mind control, Satanic sacrifice and government surveillance. Tobias Rathjen, 43, detailed his extremist views in a 24-page manifesto posted to a now-deleted website in which he vowed to wipe out entire countries including Israel, most of the Middle East, and some Asian nations. He also wanted to target North Africa, Central and South America, the Caribbean, and Germans who he considered to be 'impure', writing: 'I can imagine halving the population.' The manifesto also details his belief that he was being watched by the government and various anti-Semitic conspiracy theories. Alongside the manifesto, Rathjen posted his plan to help the German football team win a World Cup and a strategy that he insists could have ended the Afghan and Iraq wars within 10 years. His website included links to prominent conspiracy theorists including people who claim to have carried out autopsies on aliens or to be investigating missing persons cases which they link to alien abduction. In a video posted online just a few days before Wednesday night's attack in the town of Hanau, Rathjen rants about underground military bases in America where he claims Satan worship and child abuse takes place - urging people to rise up and storm the compounds. Rathjen posted the manifesto and videos online before opening fire in his hometown, killing nine people and wounding six. He then went home, shot and killed his 72-year-old mother and then killed himself. The victims include several ethnic Kurds, Turks, a Bosnian and a Pole, according to German and Turkish media. Source 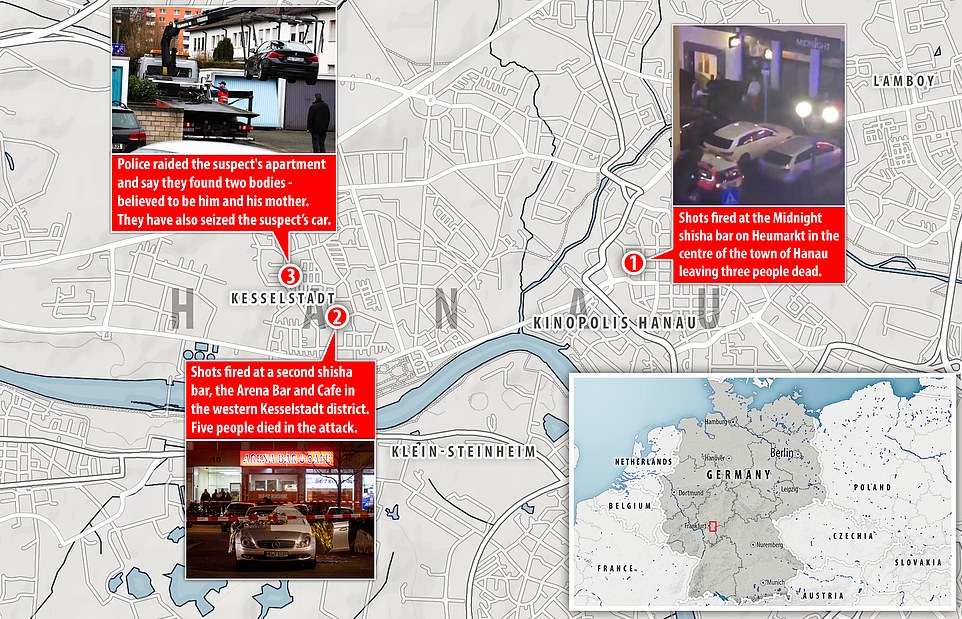 Satanism: Some Things To Remember

Practicing Satanists In the Hierarchy of the Institutional/Antichurch: The Other Shoe That Still Needs To Drop – And Will, Eventually