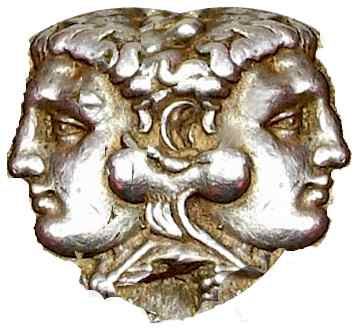 
Did you know the CATHOLIC history or take behind the depiction of Janus with two faces?

Did you know that Janus is NOE?

That the Pagans stole the idea of Janus from NOE?

"The Pagans call NOE, Janus painting him with two faces  the one looking backward and the other forward, because NOE had seen, as it were, two worlds , the one before the flood , and the other after the flood." From a Catholic Priest 1600's

This is the reason why Our Lady of La Salette used the words Two Faced Napoleon when describing a man who desires to be both Pope and Emperor. Not because of his duplicity alone but because of his place in history.

Who is this two faced Napoleon?

I always wondered about this two faced Napoleon.

This two faced Napoleon wants to be both Pope and Emperor

This reason alone tells me that this two faced Napoleon has to be a prelate.

Laymen don't want to be a Pope - the Prelate does.

Many Popes in history desired to usurp the Divinely Ordained Temporal Authority of the Holy Roman Emperor.

So this  two faced Napoleon will be a prelate.

And his two faced Napoleon  must be alive before Vatican II and must be still alive today.

Who fits this bill?

This man saw both the Church in its glory and its darkness.

Oh and if you find this absurd and ridiculous then please by all means call me out.

Don't be afraid....because there is so much more to be afraid of after the TWO POPES die.....