POPE FRANCIS - A HERETIC? ON THE PUNISHMENT OF HERETICS AND ESPECIALLY OF THE POPE WHO HAS BECOME A HERETIC WILLIAM OF OCKHAM Dial. 6.1-15 CHP. II 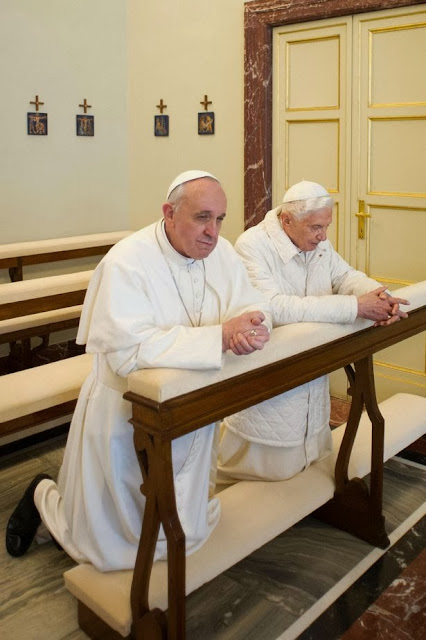 Student: Do not multiply arguments in favour of this view, and propound the reasons of those who say that the pope has a superior on earth.

Master: Some try to demonstrate that the pope has a superior judge on earth even when he remains a pope, and they adduce many arguments. But they have different ways of putting this. For some say that the emperor or another judge and secular ruler, or the people or some multitude, is the normal judge of the pope. While others say that neither the universal church nor any other congregation or person has the power of summoning or coercing the pope except in two cases. The first is if the pope were seriously if falsely slandered of heresy, the second is if he were notoriously involved in some crime which would scandalize the church and showed himself to be incorrigible.

Student: Proceed initially with the first opinion, for although I believe it to be heretical I would nevertheless like to know (for the sake of argument and so as to understand the truth more acutely) how its proponents attempt to underpin it and how they try to respond to the arguments and authorities which oppose it.