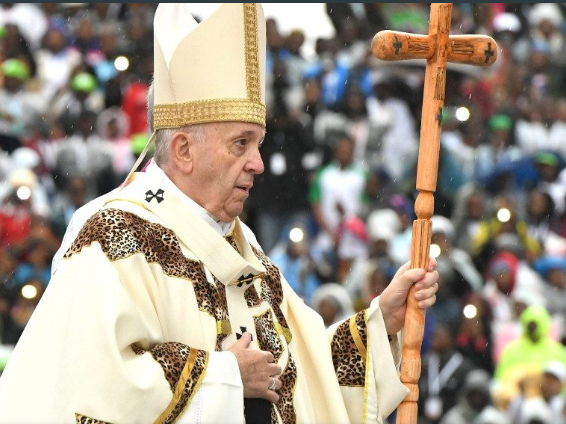 After I rested my wearied flesh a while,
I took my way again along the desert slope,
my firm foot always lower than the other.
But now, near the beginning of the steep,
a leopard light and swift
and covered with a spotted pelt
refused to back away from me
but so impeded, barred the way,
that many times I turned to go back down.
Inferno I

OF THE COMING OF THE PRIEST OUT OF THE VESTRY, ATTIRED AND REVESTED, WITH HIS HOLY ORNAMENTS.

How the Priest representeth our blessed Saviour.

By the Priest as the Doctors say is understood, our blessed Saviour. By the people: the world. And by the Altar: the mount of Calvary, whereon he was Crucified, for our redemption.

How his coming out of the Vestry, representeth, our Saviour coming from heaven

How his hands, joined upon his breast, represent the affection wherewith our Saviour prayed for us.

He proceed with his hands reverently, joined before his breast: to represent unto us the great devotion, & fervent affection wherewith or Saviour always prayed unto his heavenly Father for us. Exauditus est enim pro reuerentia sua. For he was heard for his reverence Heb 5.8.

How his holy vestments, represent our Saviours holy virtues.

His holy vestments and ornaments: do signify, the holy virtues, and other perfections, which most gloriously shined in our Saviour. Of whom it is written, saying, And the word was made flesh and dwelt in us (and we saw the glory of him, the glory as it were of the only begotten Son of the Father) full of grace and virtue. John.1.14.

How honor and reverence, in those that receive and handle the body of Christ.

And for as much as Almighty God gave express commandment, to the Priests of the ancient law, that they should not approach to his Altar, to offer unto him, but first to be washed & invested, not with their profane, but with their holy ornaments, is it not then most convenient, that the Priests of the new Law, should be peculiarly adorned, and thereby dispose themselves with much more reverence, to handle and touch, the most precious body, of our redeemer and Saviour Jesus, then the old Priests and Prophets did, the flesh of sheep and oxen, or the body of a brute beast?

Our Priests therefore, going to the Altar, thus apparelled, do set before our eyes, our Saviour Jesus, as he was set at his Passion, and consequently, those that scoff at the Priest, thus representing Christ unto us, do nothing else, then with the wicked Jews, scoff and deride at Christ himself. And even as those Jews, put all these ornaments upon our Saviour, for despite, and the more to dishonor him, yet Christ holy mother, and his blessed Apostles, did both love him; and reverence him so much the more entirely, for enduring such reproaches and shames, for our sakes: so these men, now a days, whose minds are wholly set against the Catholic Church, will mock perhaps at the Priest, standing at the Altar in such apparel, but contra wise, the true Christian and Catholic people, do esteem and honor him so much the more, who is, by the ordinance of God, exalted to so high a dignity, as to present unto us, so great mystery.

To conclude, Priestly habits (so much offensive to the heretics of our age) were so highly respected by Alexander the great. (although a Pagan & Idolater) going to Jerusalem, with deliberation to ruin it, that withholden, by the only sight of the Pontifical vestments of the high Priest, and touched instantly with the fear of God, did cast himself from his horse, upon the ground, as it were to crave pardon for his sinister design, & granted to the city and country of Jewry, all the privileges, franchises, and immunities, that possibly they could desire: as witnesseth Josephus. lib.11cap.8.
A Devout Exposition Of The Holy Masse 1622 By John Heigham

Fr. Greg Reynolds Free the Eucharist from the curse of clericalism
To begin with, we start and end with a procession. Why? Rituals don't have to have a practical purpose but they should at least have some symbolic meaning. For my money, all that these processions seem to do is draw attention to the superiority and implied regal status of the ordained priest. Why can't the celebrant just walk in before Mass and take his place, like everybody else? Someone announcing the opening hymn could simply indicate that it is time to rise and begin the sacred ritual. Priests being seated on thrones, or at least elaborate chairs, clearly separates them from those they are meant to serve, the members of the royal priesthood. Can you imagine Jesus at the Last Supper reclining on a separate elaborate cushion? Of course not. Special thrones symbolize an elitist and exclusive attitude. Jesus' throne on earth was the cross. Priests' sitting on thrones today is a sign of presumption.  Source

Holy Vestments or a woman's fashion? 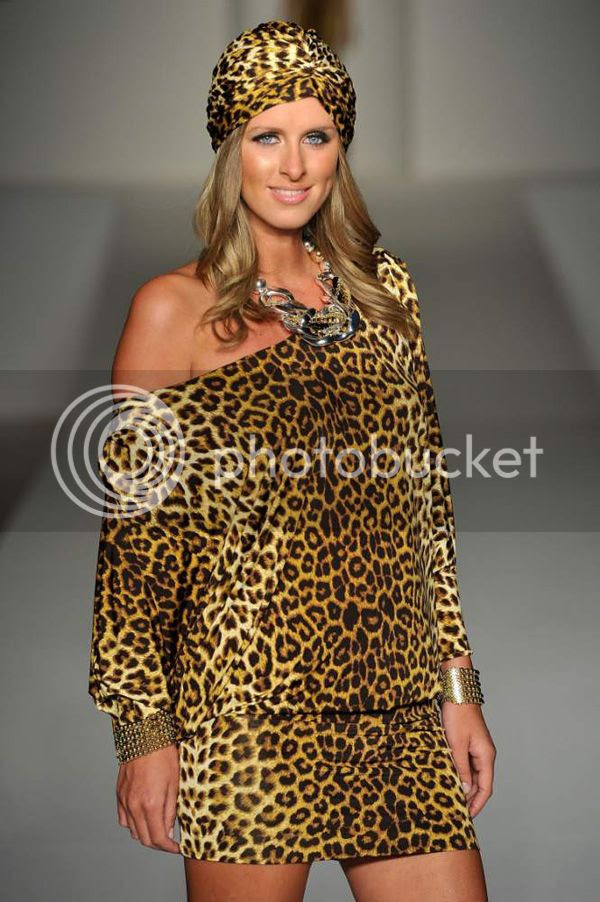