Focusing in Particular on the Persistent Problem of Emigration

Pope Francis on January 26, 2018, received in audience in the Vatican Apostolic Palace, the President of the Republic of Haiti, Jovenel Moïse, who subsequently met with Archbishop Paul Richard Gallagher, Vatican Secretary for Relations with States. During the cordial discussions, satisfaction was expressed at the good relations between the Holy See and Haiti. In addition, the common wish to strengthen collaboration was emphasized, in order to face various social problems, especially regarding young people, the poor and the most vulnerable, highlighting the significant contribution that the Church offers to the country in the sectors of education, healthcare and charity. Mention was then made of several matters of national and regional interest, focusing in particular on the persistent problem of emigration and the importance of dialogue to promote social cohesion and the common good. Source

Do not travel to Haiti due to civil unrest and crime.

There is currently widespread civil unrest and violent demonstrations in Haiti. Protests, tire burning, and road blockages are frequent and unpredictable. On July 9, 2018, the U.S. government authorized the voluntary departure of non-emergency U.S. government personnel and their families. Right now, the U.S. government has limited ability to provide emergency services to U.S. citizens. The Department will review this guidance as soon as the current security situation is resolved.

Violent crime, such as armed robbery, is common. Local police may lack the resources to respond effectively to serious criminal incidents or emergencies.

Read the Safety and Security section on the country information page.

If you decide to travel to Haiti:

Avoid demonstrations and roadblocks.
Arrange airport transfers and hotels in advance, or have your host meet you upon arrival.
Do not physically resist any robbery attempt.
Visit our website for Travel to High-Risk Areas.
Enroll in the Smart Traveler Enrollment Program (STEP) to receive Alerts and make it easier to locate you in an emergency.
Follow the Department of State on Facebook and Twitter.
Review the Crime and Safety Report for Haiti.
U.S. citizens who travel abroad should always have a contingency plan for emergency situations. Review the Traveler’s Checklist. 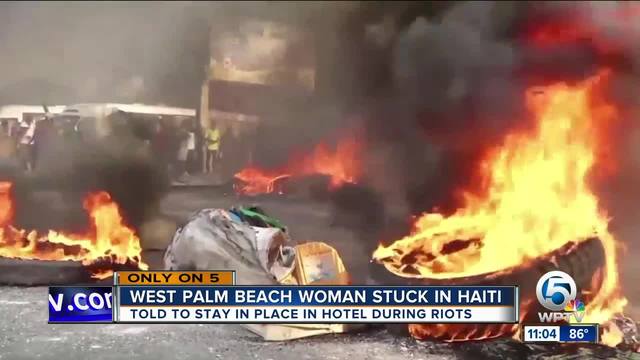