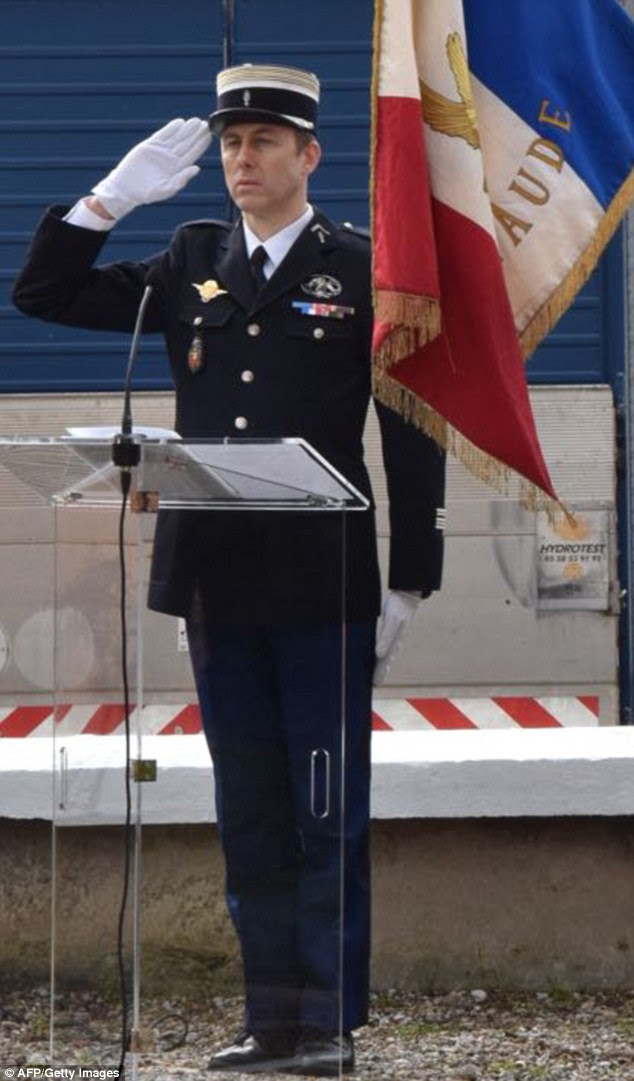 A French policeman who was shot by an ISIS fanatic in a supermarket siege was married on his deathbed just hours before he succumbed to his injuries. Arnaud Beltrame was gunned down after agreeing to take the place of a female hostage who was being held at the Super U store in the southern town of Trebes during a terrifying stand-off. The 45-year-old was one of the first officers to arrive at the supermarket, where an ISIS-linked terrorist began firing on shoppers and staff. Sixteen people were wounded, two seriously, and four were killed in the shooting spree. Beltrame, who has no children, was shot four times and later died in hospital, making him the fourth fatality of the attack. It has now emerged that the brave officer wed his partner Marielle while on his deathbed in a hospital in Carcassonne. His bride wept uncontrollably as they said their prayers in the Catholic ceremony just hours before he passed away. The couple met during a tour of an abbey in France in 2016 ad had planned a church wedding in June. Father Jean-Baptiste, the priest who carried out the cremony on Saturday, said they had 'spent some 30 hours preparing for their marriage ceremony'. He added: 'I gave him the sacrament of marriage, and the sacrament of the sick'. Beltrame was an 'extremely intelligent and courageous man', he said. Source