Pope Benedict DEATH WATCH: Who Is The Author Of This Work?

Some rumors circulating that Pope Benedict is too weak to say mass:

“Pope Benedict is like a candle that fades slowly. He is serene, at peace with God, with himself and the world. He can no longer walk without help and can no longer celebrate Mass.” Abp. Ganswein?

"The sentence put into my mouth is a pure invention. Untrue and False! I would only like to know who is the author of this work. I have received many mails for two days, which point to this sentence and are troubled. " Source

The 35+ years of chastisements will start after the TWO Popes die:

However, as was said before, there may be signs prior to the death of the first pope of the two popes.

Since the Great American Eclipse on 21 August there have been many strange and terrible events.

These events may indicate that Pope Benedict will soon die.

But if we take Abp. Ganswein word for it that Pope Benedict is in good health, maybe it'll be Pope Francis who dies first - these strange events events since the Great American DOOM Eclipse may also indicate that pope Francis may die as well sometime before 21 August 2018.

If both popes die before 21 August 2018 then we can pinpoint the start of the 35+ years of chastisements  and that would be 21 August 2017 the day of the great American Eclipse.

Also the strange and terrible events that the world has witness these last 58 days may increase as we get closer to the death of one of the two popes. 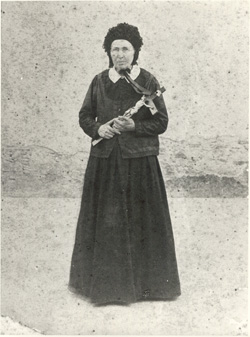