DOOM SHOULD HIT WITHIN A FEW DAYS:

Terry is my doom Barometer:

Don't associate the Blessed Virgin with doom and gloom. Don't make up or pay attention to stories and conspiracy theories about the Blessed Virgin and her messages, don't buy into the cultish lies and speculations, or the anti-papist, anti-clerical secrets claimed to be embedded in approved texts. That is sinful and does not make reparation for the sins committed against Our Lady's Immaculate Heart. Source

The Holy Father also corrected the notion that the Blessed Mother is just a harbinger of doom ...Source

Yes there are some poor doom and gloom souls who get things wrong, very wrong.

But it doesn't mean that you should take the extreme opposite view that everything will be pleasant and happy.

Terry tends to close his eyes to God's Justice.

You can't have Mercy without Justice. And it looks like modern man has been given plenty of God's Mercy over these last 100+ years.

Terry & Pope Francis have forgotten God's Justice because God has not punished men for all the wicked things modern man has done these last 100 years or so....

So go ahead and take Pollyanna view of things for a short while....... 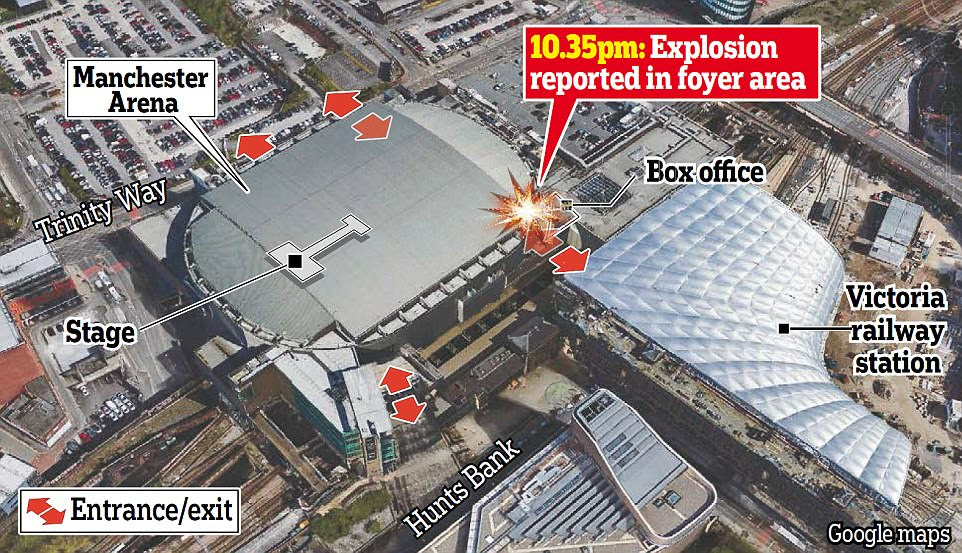 ISIS have claimed responsibility for the suicide bombing at a packed Manchester pop concert which killed 22 people, including children, and injured 120 others. The terror group said 'one of the caliphate's soldiers placed bombs among the crowds' at the Ariana Grande concert last night, in the most deadly terror attack Britain has seen since the 7/7 bombings. Traumatised families have told how of nuts and bolts tore into young music fans when the blast was detonated in the foyer area of the Manchester Arena moments after a concert by the US popstar ended. Police this morning confirmed that the suicide bomber, who was known to authorities, died inside the arena. US security sources said the bomber had travelled to the venue on public transport. A 23-year-old man was arrested by anti-terror officers in the south of the city as police and security services attempt to work out if the suicide bomber was part of a cell. Security sources have told MailOnline that initial analysis of the 'sophisticated' device suggests it was made by an expert. Hundreds of people are now desperately trying to track down loved ones who went missing in the aftermath of the attack, with police having to tell some parents their children have died. A victim of the atrocity has been named as Georgina Callander, an 18-year-old fan who met US singer Ms Grande two years ago. Of the injured, 59 were taken to hospital - of which at least 12 were children - and 60 were treated at the scene. Describing the scenes after the blast, one eyewitness told MailOnline she saw a young girl screaming 'I don't know where my sister is'. Another man told how he cradled a dying woman and saw a girl with her legs blown off. Daily Mail >>>>>>>>> 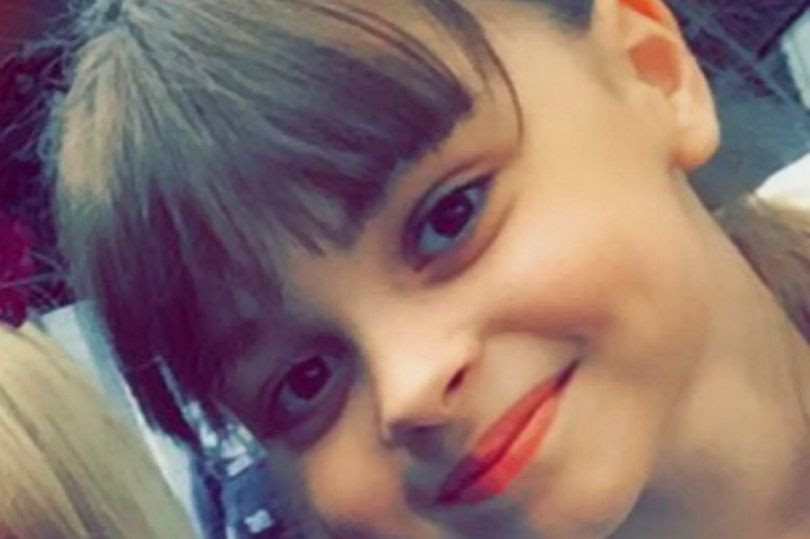 An eight-year-old girl was killed in last night's devastating terror attack in Manchester, it has been confirmed. Saffie Rose Roussos went to the Ariana Grande concert at the Manchester Arena with her older sister Ashlee and mother Lisa. Mirror>>>>>>

You're wrong to think that there is no doom and gloom in the Message of Our Lady.

There is Doom and Gloom in Her message at Fatima and La Salette and it will become more apparent in the coming days weeks months and years.

What more do you want to convince you of the terrible Chastisements headed our way.

Muslim suicide bomber is just one such chastisement. The Sword:

And I will visit them with four kinds, saith the Lord: The sword to kill, and the dogs to tear, and the fowls of the air, and the beasts of the earth, to devour and destroy." Jeremias 15:3

So go ahead and belittle the Message of La Salette and Fatima.