At the first blow of His thundering sword, the mountains and all Nature will tremble in terror, for the disorders and crimes of men have pierced the vault of the heavens. Our Lady of La Salette 19 Sept. 1846 (Published by Mélanie 1879)

Scoff all you want about the Pope Francis DOOM.

Here is another example of Pope Francis DOOM


(Vatican Radio) The Vatican announced Friday that Pope Francis will make an Apostolic Journey to Colombia from 6 to 11 September 2017. A communique from the Holy See Press Office confirmed that the Holy Father will visit the cities of Bogotá, Villavicencio, Medellín, and Cartagena: “Accepting the invitation of the President of the Republic and the Colombian bishops, His Holiness the Pope Francis will make an Apostolic Trip to Colombia from 6 to 11 September 2017, visiting the cities of Bogotá, Villavicencio, Medellín and Cartagena. The programme for the trip will be published shortly.” Official Logo and Motto The logo of the Journey contains the motto of the Pope’s Apostolic Journey: “Let’s take the first step” [Demos el primer paso]. A message accompanying the logo says the words refer to "the more than 50 years of violence" which divided Colombia. “The visit of Pope Francis to Colombia is a moment of grace and happiness in order to dream about the possibility of transforming our country and taking the first step. The Holy Father is a missionary of reconciliation.” The message goes on to say the logo represents the Pope’s visit “with the image of the Holy Father walking, as a symbol of action, taking a step to begin to build and to dream, because every change begins with the conversion of the heart (individual) and every change requires a moment to return to encountering one another (collective). It is the moment in our history to discover our identity as a country, which is reflected in the depiction of Colombia’s pre-Columbian figure.” Source Now the landslide that took place today killing over 100 souls:


BOGOTA, April 1 (Reuters) - A landslide in Colombia's southwestern border province of Putumayo sent mud and debris crashing onto houses overnight, killing 112 people and injuring at least 120, officials said on Saturday. Heavy rains caused several rivers to overflow, pushing sediment and rocks onto buildings and roads in the provincial capital of Mocoa and immobilizing cars in several feet of mud. "It has just been reported to me that we have 112 people dead," President Juan Manuel Santos said after arriving in Mocoa and declaring a state of emergency. "We will keep looking," he added, referring to ongoing rescue efforts. Local police said earlier on Saturday that 93 bodies had been recovered. The disaster response unit said 120 people were injured, though local media reported at least 200. "We have sent a team of 150 people to make our response effective and machinery began work immediately," Carlos Ivan Marquez, head of the disaster unit, said in a statement. "We will be with the governor and the mayor giving all necessary attention." Photos posted on Twitter by the air force showed neighborhood streets filled with mud and damaged houses while videos on social media showed residents searching for survivors in the debris and struggling to move through waist-high water overnight. "It's a big area," Mocoa Mayor Jose Antonio Castro told Caracol on Saturday. "A big portion of the many houses were just taken by the avalanche, above all people were warned with enough time and they were able to get out, but houses in 17 neighborhoods have basically been erased." Two bridges also were destroyed, Castro said. A combination of heavy rains, a mountainous landscape and informal construction of homes makes landslides in the Andean country relatively common.  Source 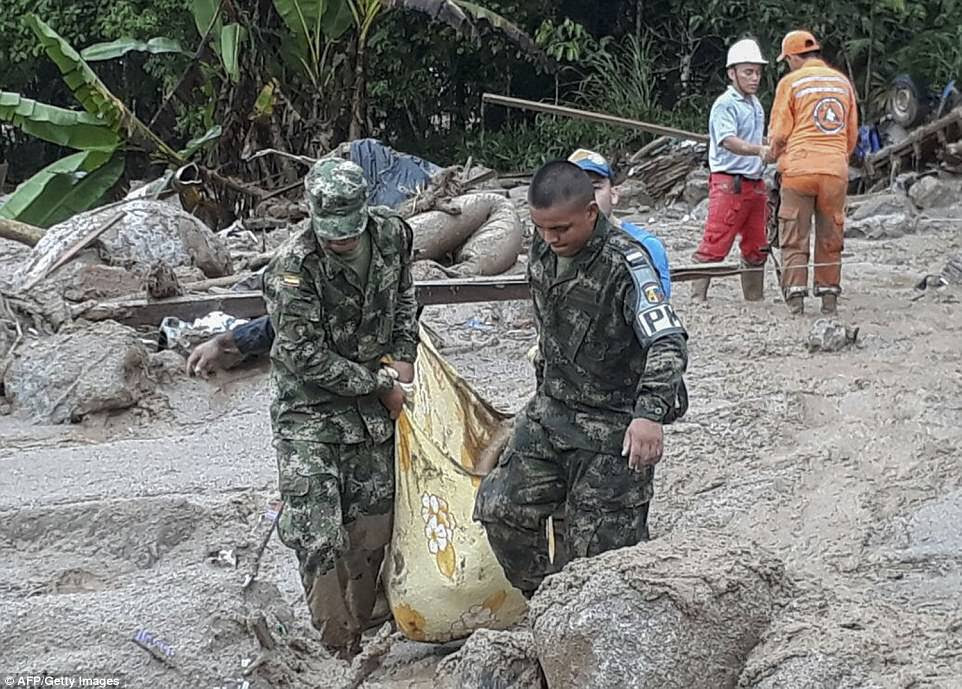 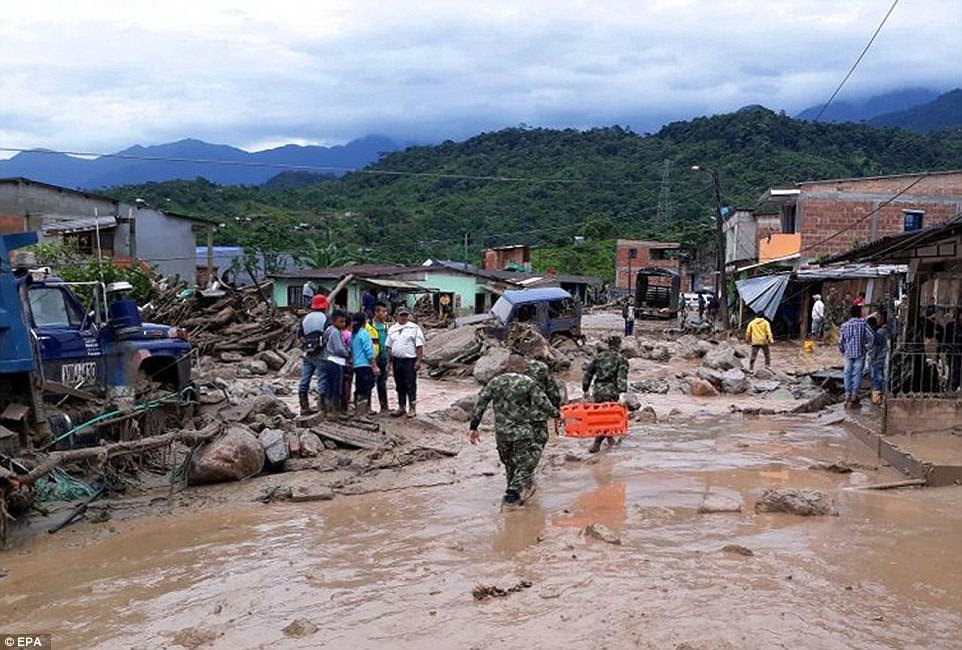