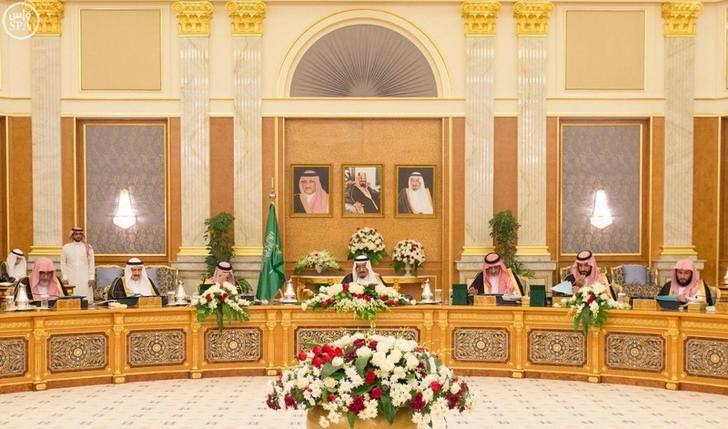 Spot The Sponsors Of Islamic Terrorism

In the above message Our Lady names two camps:

How does Pope Francis destroy traditionalism?

The new evangelism is not working. You know this, & Pope Francis knows this. The only alternative to win this war is for Pope Francis to kill all oppenents.

How to do this?

1. Media smear campaign against the SSPX
2. Form alliance with Muslim Terror States to carry out terrorists attack on the SSPX

Here is what one of God's enemies was doing on Sunday:

The king of Saudi Arabia, the world's largest oil exporter, met Venezuela's president on Sunday in Riyadh and discussed ways to stabilize global oil prices, state news SPA reported. King Salman and President Maduro "reviewed areas of bilateral cooperation... and the latest developments including cooperation for the stability of oil markets," SPA said. Saudi Arabian Energy Minister Khalid al-Falih said earlier on Sunday that the views of the kingdom and Russia, the world's top oil producer, on the need to stabilize the market "are getting closer". "We have managed today... through a common meeting to reach a common notion to what we can reach in November," Falih said, referring to an OPEC meeting in Vienna on Nov. 30, when the exporting group is set to finalize a production cut agreement. Novak, who is in Saudi Arabia on his first official visit as minister, earlier met the energy ministers of the Gulf Cooperation Council (GCC) which included key Gulf OPEC producers Saudi Arabia, Kuwait, United Arab Emirates and Qatar. President Maduro was quoted on Saturday as saying that OPEC and non-OPEC nations were "very close" to an agreement on oil production curbs, Azerbaijan's state news agency Azertag reported. The Organization of the Petroleum Exporting Countries (OPEC) agreed in Algiers on Sept. 28 to reduce production to a range of 32.5 million to 33.0 million barrels per day, which would be its first output cut since 2008. Reuters Read More>>>>>>>

And the very next day on Monday, the enemy of God meets with the Vicar Of Christ.

(Vatican Radio) Pope Francis on Monday evening received, in private, Venezuelan President Nicolás Maduro. A statement from the Holy See Press Office said, the meeting took place within the framework of the worrying political, social and economic situation that the country is going through, and that is having serious repercussions on the daily lives of the entire population. In this way, the statement continued, the Pope, who has the welfare of all Venezuelans at heart, wanted to continue to offer his contribution to the country's institutionality and every step that will help to resolve the outstanding issues and build trust between all parties. The Pope invited the parties to show courage in pursuing the path of sincere and constructive dialogue to alleviate the suffering of the people, the poor first, and promote a climate of renewed social cohesion, which allows the nation to look with hope to the future. (from Vatican Radio)

Purpose of the visit?

The terrible conditions in Venezuela.

And to pass a message along to Pope Francis from the sponsors of Islamic Terrorism.

Pope Francis said this at Casa Santa Marta in the morning before his secret meeting with the President of Venezuela:

Concealed by rigidity, Pope Francis said, there is always something else! That’s why Jesus uses the word ‘hypocrites!’: "Behind an attitude of rigidity there is always something else in the life of a person. Rigidity is not a gift of God. Meekness is; goodness is; benevolence is; forgiveness is. But rigidity isn’t!” he said. In many cases, the Pope continued, rigidity conceals the leading of a double life; but, he pointed out, there can also be something sick [behind it]. Commenting on the difficulties and suffering that afflict a person who is sincere about realizing their rigidity, the Pope said this is because they lack the freedom of God's children: “they do not know how to walk in the path indicated by God’s Law”. “They appear good because they follow the Law; but behind there is something that does not make them good. Either they're bad, hypocrites or they are sick. They suffer!” he said. Vatican Radio

Please ask yourself - is Pope Francis speaking of the President of Venezuela and his rigid economic & social policies that have ruined the lives of millions of Venezuelans?

Or is the Pope referring to his enemies the SSPX?

The Pope's solution to crush rigid attitudes of hypocrites who lack the freedom of God's children:?

Well, to destroy all that makes one rigid.