Pope's Enemy Duterte Is Friends With Drug Lord Peter Lim....Both Were Sponsors At A Jew Wedding 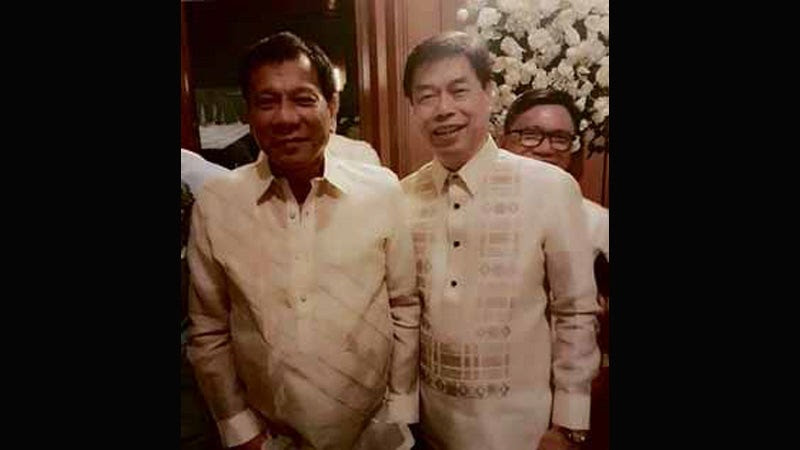 CEBU CITY—Did Cebuano businessman Peter Lim and President Duterte know each other before their meeting in Davao City on Friday? Lim and Duterte are “kumpare,” as they both stood as primary sponsors during a wedding at Shangri-La’s Mactan Island Resort and Spa in Lapu-Lapu City in Cebu province on June 25, according to Lim’s spokesperson, Dioscoro Fuentes Jr. Fuentes called a news conference here on July 8 to deny that the businessman was the Peter Lim named by Mr. Duterte in an address on national television the day before as the one of the country’s top drug lords. He said Mr. Duterte and Lim were among the principal sponsors at the wedding of Yuri Ofek, an Israeli expatriate who works as country manager of a local business outsourcing company, and Beatrice Borja. Inquirer Read More>>>>