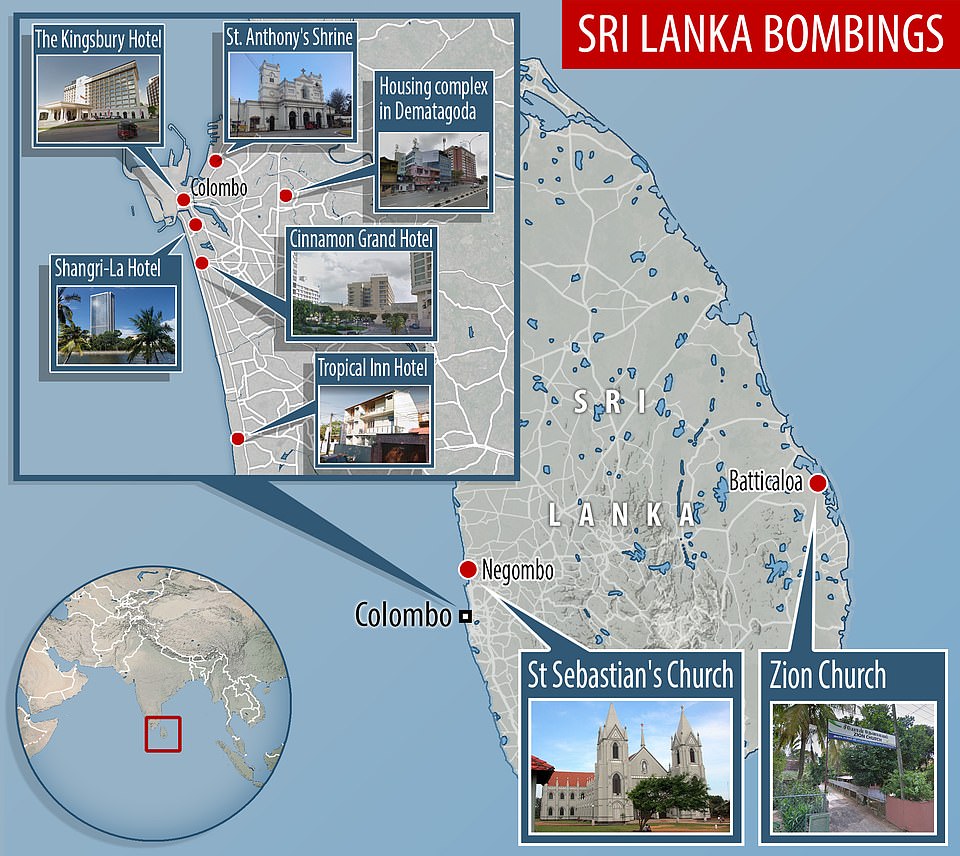 10.10am local time (05.40 BST): Reports from witnesses suggest that two churches in Sri Lanka have been hit by explosions as worshippers gather on Easter Sunday. The historic St Anthony's Shrine in Colombo and St Sebastian's Church in Negombo are among those reported to have been hit.

10.50am: An unnamed security official suggests there have been six closely-timed attacks at three churches and three hotels and that suicide bombers may have been involved in at least two of the blasts.

12.20pm: It is reported 129 people are dead and more than 500 have been taken to hospital after blasts at six sites, according to a Sri Lanka state-run newspaper.

1.50pm: Sri Lanka's top military officials are brought together for an emergency meeting of the National Security Council. The meeting is called by prime minister Ranil Wickremesinghe, who has tweeted that 'the government is taking immediate steps to contain the situation'.

3.45pm: Two more explosions take place, the first hitting a guesthouse in Dehiwala, in which at least two people died, and a second in the district of Dematagoda on Colombo's outskirts.

5.20pm: It is reported that two police officers were killed during a swoop on suspects in Dematagoda.

5.25pm: A 6pm to 6am national curfew is imposed by Sri Lanka's government. Sri Lankan Airlines tells passengers booked on flights out of the country that they will be able to fly despite the curfew. the government also locked down social media sites and messaging apps to avoid the spread of misinformation or incitements to violence.

18.10pm: The number of victims from the blasts now stands at 207 people killed and 450 wounded, Sri Lankan police say.

Officials say that seven suspects have been arrested.

8.10pm (3.40pm British Summer Time) Five Britons including two people holding joint US and British citizenship were among those killed in the attacks, the country's foreign ministry said.