This Is What MUSLIM Terrorist Mohammed Nasar Mohammed Azar, 34, Does Before He MURDERS Catholics Who Attend the Holy & Visible Sacrifice Of The Mass On Easter Sunday...... 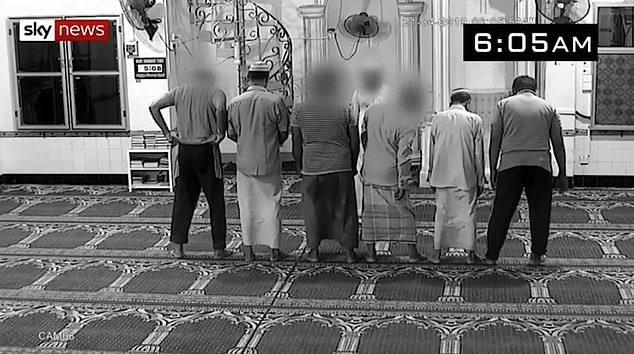 Muslims like Jews, Protestants and Hindus etc....do not have the Holy Sacrifice of the Mass.

There has always been a WAR against the Visible and Holy Sacrifice of the Mass.


Terrorist's final prayer... before blowing himself up in a church: New footage shows final hours of Sri Lanka suicide bomber as he attends mosque before slaughtering 28 people

Chilling new footage shows the final hours of one of the Sri Lanka bombers as he prepared to carry out a devastating terror attack on Easter Sunday. CCTV footage shows Mohammed Nasar Mohammed Azar, 34, praying, chatting on the phone and scoping out his target before he blew himself up in the Zion church in Batticaloa. Azar's bomb killed 28 people in the church and more than 70 others were injured in the blast.But harrowing new footage reveals he spent hours before the attack readying himself in a nearby mosque. Source

NO PRIEST. NO ALTAR, NO SACRIFICE, NO RELIGION....