Good Morning Everybody We Have A New Camerlengo & We Still Have TWO POPES! Signed Mélanie 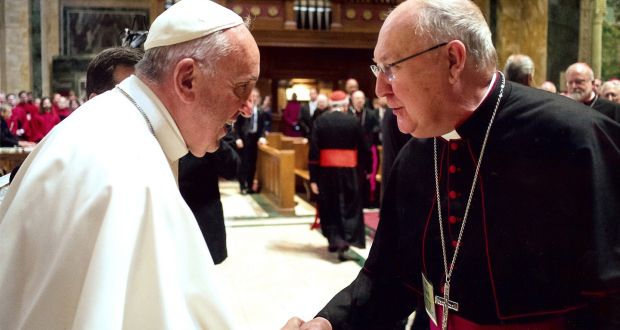 VATICAN CITY (Reuters) - Pope Francis on Thursday named the Irish-American cardinal Kevin Farrell as the new “camerlengo”, the prelate who runs the Vatican between the death or resignation of a pontiff and the election of a new one.  Farrell, 71, who was in born in Ireland and is the highest-ranking American in the Vatican, succeeds the French cardinal Jean-Louis Tauran, who died in July. Source