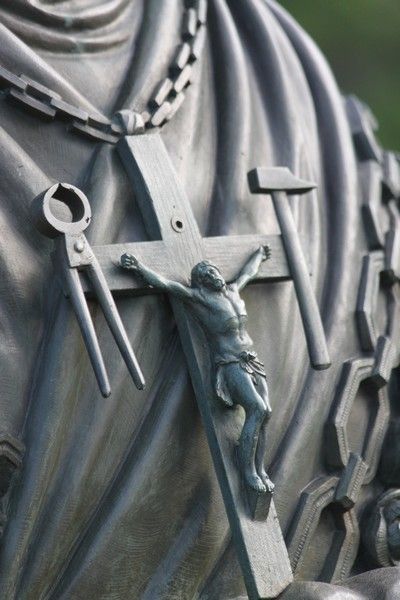 May he (The Pope) be on his guard against Napoleon: he is two-faced, and when he wishes to make himself Pope as well as Emperor, God will soon draw back from him. He is the master-mind who, always wanting to ascend further, will fall on the sword he wished to use to force his people to be raised up. Our Lady of La Salette 19 Sept. 1846 (Published by Mélanie 1879)

Here's the scenario on how Vigano makes himself Pope and Emperor

In light of the recent unfounded news that appeared in multiple newspapers and other media outlets, regarding an alleged conviction for “fraud,” “theft” or misappropriation of funds, to the detriment of his brother Fr. Lorenzo Viganò, Archbishop Carlo Maria Viganò states the following:

1) The Court of Milan, by judgment no. 10359/2018 of October 9, 2018, ordered Archbishop Viganò to pay, in response to a judicial request for the division of assets and adjustment of their mutual debits and credit with his brother Fr. Lorenzo Viganò, the principal of approximately €1.8 million in response to an initial request from Fr. Lorenzo Viganò of almost €40 million, a grossly unrealistic figure in respect to the actual value of the entire joint ownership of property of the two brothers;

2) With the above-mentioned Court ruling, which neither of the two parties has appealed and which therefore has become final, the Court of Milan rejected all the other requests made by Fr. Lorenzo Viganò, who started the case against his brother, refusing any mediation from the family.

3) Archbishop Viganò has already willingly paid in full the amounts established by the judgment;

4) Fr. Lorenzo Viganò, as a result of the judgment, received essentially what he would have received had he accepted the settlement proposals made by his brother, pro bono pacis, in the course of the proceedings;

5) For over 10 years, Fr. Lorenzo Viganò has subjected Archbishop Viganò to a judicial siege and a veritable defamation campaign in the press, while failing to inform obliging journalists that the accusations of Fr. Lorenzo Viganò have been abandoned or dismissed in the 10 civil, criminal, and administrative cases attempted to date.

6) Nevertheless, Archbishop Viganò has always suffered such attacks in silence in order to avoid further exploitation of the family’s legal affairs, which have nothing to do with the other well-known “institutional” affairs in which he has become involved;

7) The assets came to the two brothers as the undivided inheritance of their parents, who were entrepreneurs in the industrial field;

8) Archbishop Viganò has allocated most of this patrimony to works of charity and religion, including the construction of a Seminary in Nigeria and a Carmel in Burundi, and will continue to do so.