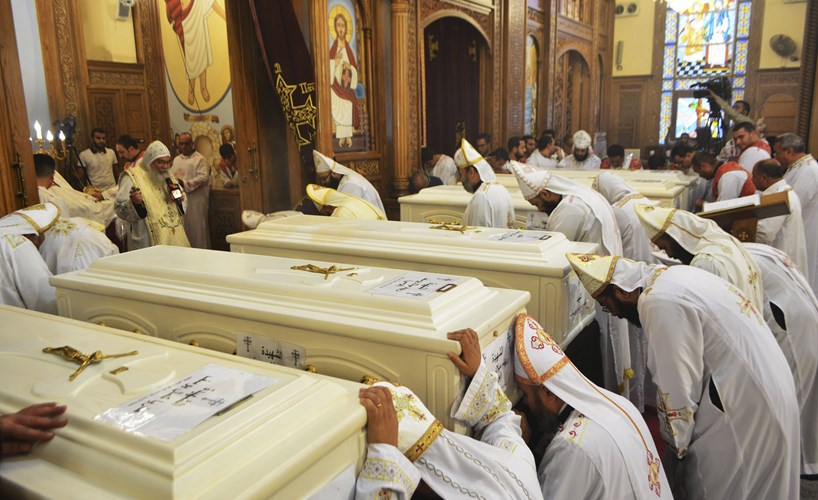 Pope Francis expresses his sorrow at the terrorist attack that struck the Coptic Orthodox Church in Egypt on Friday.

In words following the Angelus prayer to the faithful in St Peter’s Square on Sunday, the Pope prayed for the victims; pilgrims killed, he said, “for the mere fact of being Christians.”

Seven pilgrims were killed and a number of others injured in the attack on two buses carrying Coptic Christians near to the monastery of St Samuel the Confessor in Minya. It was the latest in a series of attacks by extremists on this Christian minority in the country. In May of last year, gunmen fired at a bus carrying Christians to the same monastery, killing at least 28 people. Pope Francis recited the Hail Mary and asked Mary Most Holy to console the families and the entire community in the wake of this latest terrorist attack. Source

Pope will probably pray for the Victims of the Borderline Bar & Grill Attack......