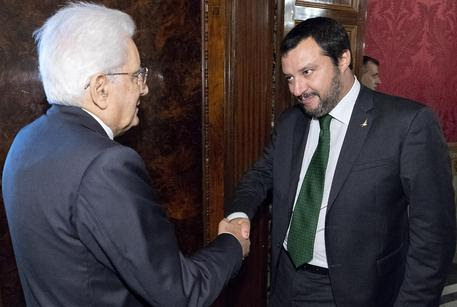 Italy's President Sergio Mattarella contacted Prime Minister Giuseppe Conte to express his concern about the plight of the 67 migrants rescued at sea and brought to the Sicilian port of Trapani. The Interior Minister Matteo Salvini had earlier refused to allow the migrants to disembark until an investigation determined whether any of them had violently threatened their rescuers to prevent them being returned to Libya.

The Diciotti coast guard ship pulled into the port of Trapani in Sicily after taking on board the migrants from an Italian-flagged oil rig supply tug that rescued them on Sunday off the coast of Libya.

The dispute over what happened next to the migrants was the latest standoff since Italy’s populist government took power last month. After receiving President Mattarella’s phone call, Conte ordered the migrants be allowed off the ship and they finally disembarked on Thursday evening.

Earlier on Thursday, the United Nations and NGOs had urged the Italian authorities to allow the migrants to disembark from the Diciotti ship to receive care.

The aid groups said the refugees and migrants, among them women, children and adolescents, had been at sea for at least four days and appealed for the urgent activation of primary health care starting with minors and vulnerable people.

For his part, the Bishop of Trapani Pietro Maria Fragnelli had called for "rapid solutions" to save lives. Source