Our Lady of La Salette On UFO Or Rogue Missile On The American West Coast.....For The Time Has Come When The Most Astonishing Wonders Will Take Place On The Earth And In The Air. 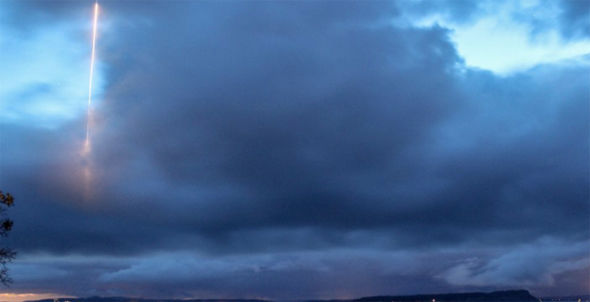 On Sunday, June 10, a weather camera in Washington State snapped footage of what looked like a missile streaking across the sky. According to SkunkBay Weather, a weather monitor in Washington State on its official Facebook page: “My night camera picked up what clearly looks like a very large missile launch from Whidbey Island.” Professor Cliff Mass, an atmospheric sciences faculty member at the University of Washington, said the object did indeed look like a missile. He continued: “It really looks like an ascending missile. I would be interested if someone had some insights into this sighting. Source

Answer: Demons of the Darksome Atmosphere....