Pope Francis Prophecy? Pope Told Argentine Bishops Its Not Time For Him To Go Back To Argentina........ 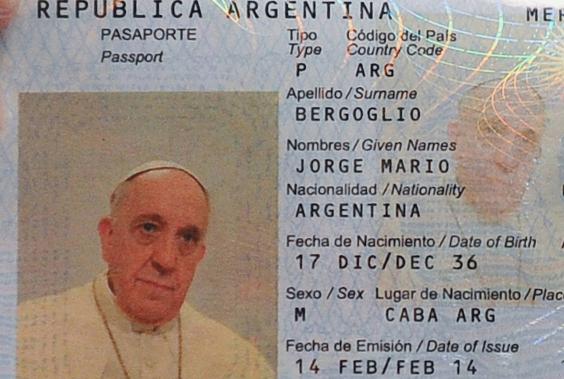 This headline posted on Canon212: VISITING ARGENTINE BISHOPS IT'S NOT TIME FOR HIM TO GO ..

I guess the owner of Canon212 meant it as a slight against Pope Francis.

But then again maybe the words of Pope Francis have a different meaning:

I don't know if Pope Francis thinks that he is the Pope in the vision of the Holy Father passing through a big city half in ruins and half trembling with halting step, afflicted with pain and sorrow, he prayed for the souls of the corpses he met on his way.

In the event that some demented Lay Rad Trads make an attempt on the life of Pope Francis causing the ruin of a city and occupation of the city - I think its safe to say that the Pope may fly to Argentina...and this would explain why the Pope has put off going to Argentina until his final days. Pope Francis intends to use this attack as an escape to his home land for living out his final days.

If so - the Lay Rad Trads will cheer and claim victory over Pope Francis that they alone chased Pope Francis out of Rome....