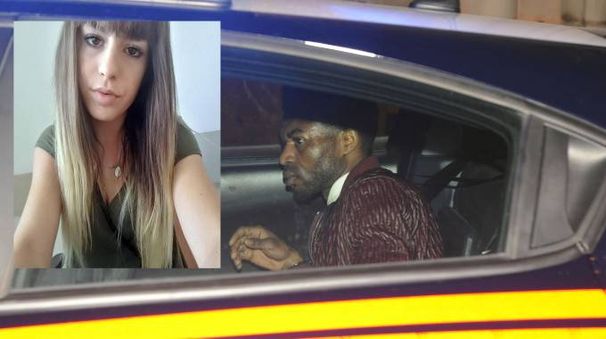 Innocent?  Named after the Pope?

She's a drug addict who probably went willingly to the Refugee's house for drugs and sex.

Something went wrong & the Refugee murdered the girl and cut up her body into little pieces...

ROME – Innocent Oseghale, a Nigerian national living in the city of Macerata, has been arrested in connection with the grisly murder of 18-year-old Pamela Mastropietro, whose remains were found in two suitcases. Mastropietro’s body had been cut into pieces, placed within two suitcases and dumped in the countryside near to the town of Pollenza, about 10 kilometres outside of Macerata. Carbinieri announced that they had recovered two crucial bits of evidence from a search of Oseghale’s house: bloodstained clothing belonging to the victim and a receipt from a nearby pharmacy detailing the victim’s purchase of a syringe. Investigators were led to Oseghale after a tip-off from a foreign citizen who reported having seen the Nigerian with two suitcases in the early hours of the morning near to the spot where they were discovered. Oseghale was interrogated overnight but investigators refused to rule out the involvement of other figures. The Provincial Commander of the Carabinieri for Macerata, Michele Roberti, told ANSA that “we are not excluding that points of the investigation might emerge that lead to the involvement of other people.” Mastropietro had voluntarily checked herself out of a drug rehabilitation clinic in nearby Corridonia on Jan 29. CCTV footage used by investigators established that she had been alive until at least the late morning of the following day, when she was last seen in Via Spalato, the same street that Oseghale lives on. Violence against women remains a substantial problem in Italy. In 2017, women accounted for 37 per cent of the total victims of murders in the country, a rise of 13 per cent in the past 10 years. In Nov 2017 police began their latest campaign to tackle the issue, but concerns remain over the number of women who report crimes and pursue their claims in the courts. Source