Colosseum turns red as a sign of solidarity with all those who are persecuted for their faith....What?

Another insult to those who died for the love of Jesus Christ Crucified.

By Philippa Hitchen – Vatican City Rome’s most famous landmark, the Colosseum, will be lit up in red on Saturday as a sign of solidarity with all those who are persecuted for their faith.

The event, which takes place at 6pm on the 24th, is the initiative of Aid to the Church in Need, the Pontifical Foundation that supports suffering Christians in over 140 countries around the world.

At the same time, in Syria, the Maronite Cathedral of St Elijah in war torn Aleppo and St Paul’s church in the Iraqi city of Mosul will also be illuminated in red, symbolising the blood of the many recent Christian martyrs there.

The Rome event will include testimonies of two families who have been targeted for their Christian faith: the husband and youngest daughter of Asia Bibi from Pakistan, who received a death sentence in 2010, and Nigerian Rebecca Bitrus who spent two years as a hostage to the extremist group Boko Haram.

Asia’s daughter, Eisham Ashiq, told me the family believes she will be released from jail soon, though they will have to leave Pakistan immediately, as her safety cannot be guaranteed. They appeal to the president to grant her a pardon and they hope to meet with Pope Francis on Saturday to ask him to pray for her freedom.

Rebecca Bitrus told me that despite her ordeal at the hands of Boko Haram, she never lost her trust in God. Not even when her one-year-old son was killed, or when she was tortured and raped, resulting in the birth of another child. When she finally managed to escape, she says many people urged her to get rid of the child, but with the help of local Church leaders she has learnt to accept, and even to love, the son of her captors. She urges other women held hostage in Nigeria to continue trusting in the Lord and she wants to ask Pope Francis if it’s possible to truly forgive those who cause so much pain and suffering.

2000 years ago, Christians were tortured and killed in the Colosseum for refusing to renounce their faith. In many countries around the world, that practice continues today, with over 3.000 Christian martyrs killed in 2017 alone. While their stories rarely make news headlines, organisers hope this event will make their voices heard and end the indifference that surrounds their plight.  Source 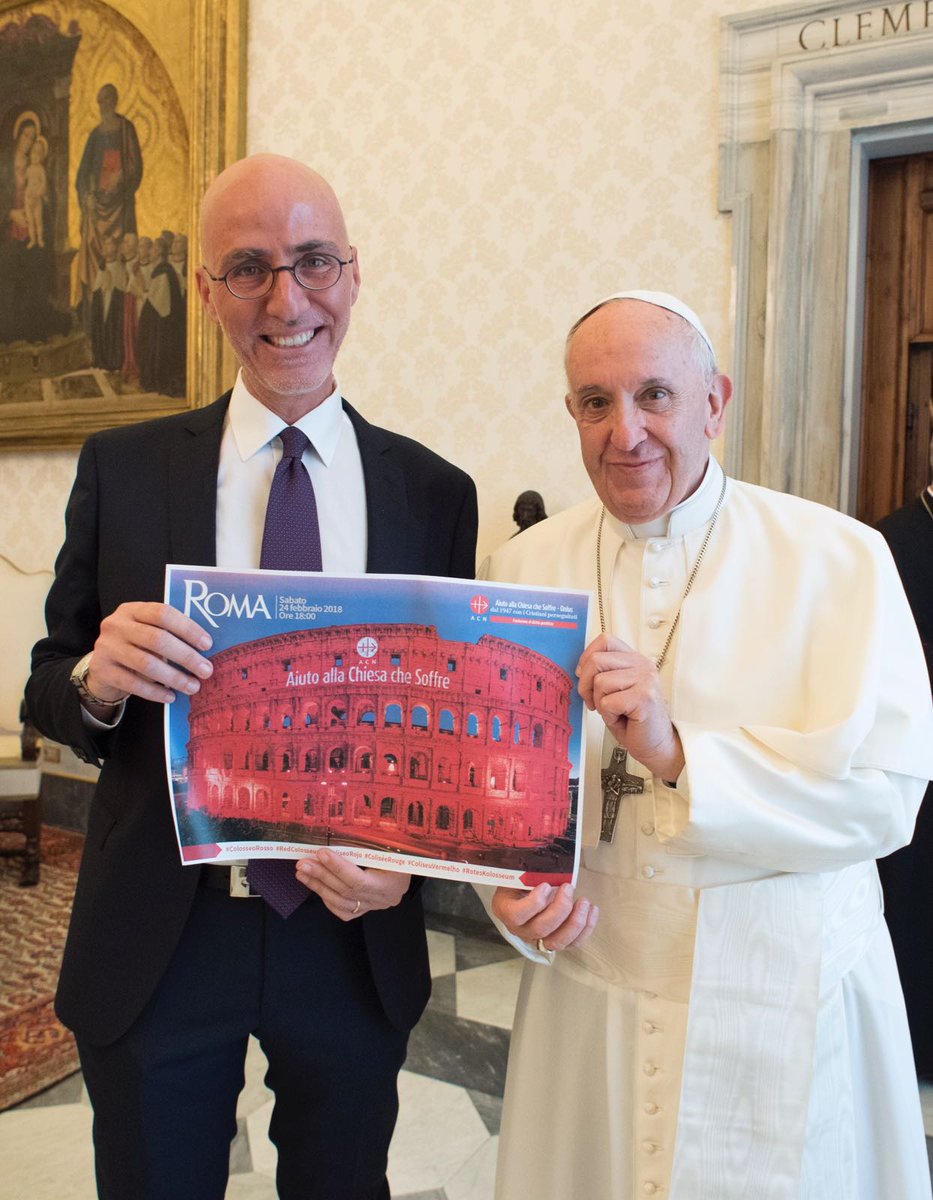