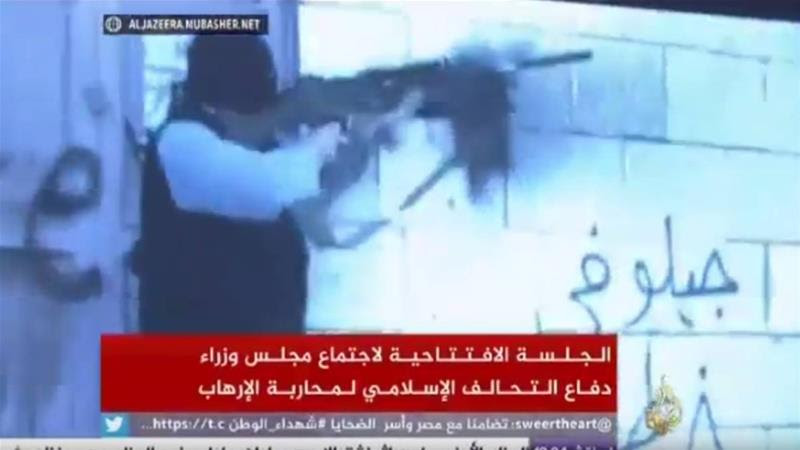 The above pic is from 2001 showing a Palestinian fighting Israeli forces.

According to the Saudi Prince the new face of terrorism is the Palestinian fighting Israeli forces.

I guess the Israelis found a friend in the Crown Prince.

Saudi anti-terrorism summit panned on social media
Palestinians and Arabs on social media have reacted with anger after a newly formed, self-proclaimed anti-terrorism coalition opened their first meeting in Riyadh with a video that included a scene of a Palestinian fighting Israeli occupation forces. Monday's summit of the Islamic Coalition Against Terrorism was attended by representatives from 41 Muslim countries and was led by Saudi Arabia's Crown Prince Mohammed bin Salman. It is unclear whether the inclusion of the clip was deliberate. Source