OMEN: UNA LUPA - Roman She Wolf Is Back And then a she-wolf showed herself; she seemed
to carry every craving in her leanness;
she had already brought despair to many.
The very sight of her so weighted me
with fearfulness that I abandoned hope
of ever climbing up that mountain slope.
Even as he who glories while he gains
will, when the time has come to tally loss,
lament with every thought and turn despondent,
so was I when I faced that restless beast
which, even as she stalked me, step by step
had thrust me back to where the sun is speechless.
Inferno I

GOOD OMEN FOR THE RESTORATION OF THE ROMAN EMPEROR:

The city's symbol is a she-wolf suckling the infant brothers Romulus and Remus, and now wolves have been spotted outside Rome for the first time in more than a century. The predators were photographed by hidden cameras in startling proximity to the city – roaming a nature reserve just outside the busy three-lane ring road that encircles the Italian capital. The reserve at Castel di Guido is not far from Leonardo da Vinci international airport – the city’s biggest – and is run by LIPU, the Italian League for the Protection of Birds.Hidden cameras captured a pair of mature cubs drinking from a watering hole and loping through the undergrowth of the protected area.Biologists believe there are at least two cubs and two adults living in the reserve. The male adult has been nicknamed Romulus by researchers. “This is the first time in more than 100 years that wolves have been found living near Rome,” Alessia De Lorenzis, a professor of natural sciences who is monitoring the wolf pack, told The Telegraph. “We’re very pleased that they are back.” Source 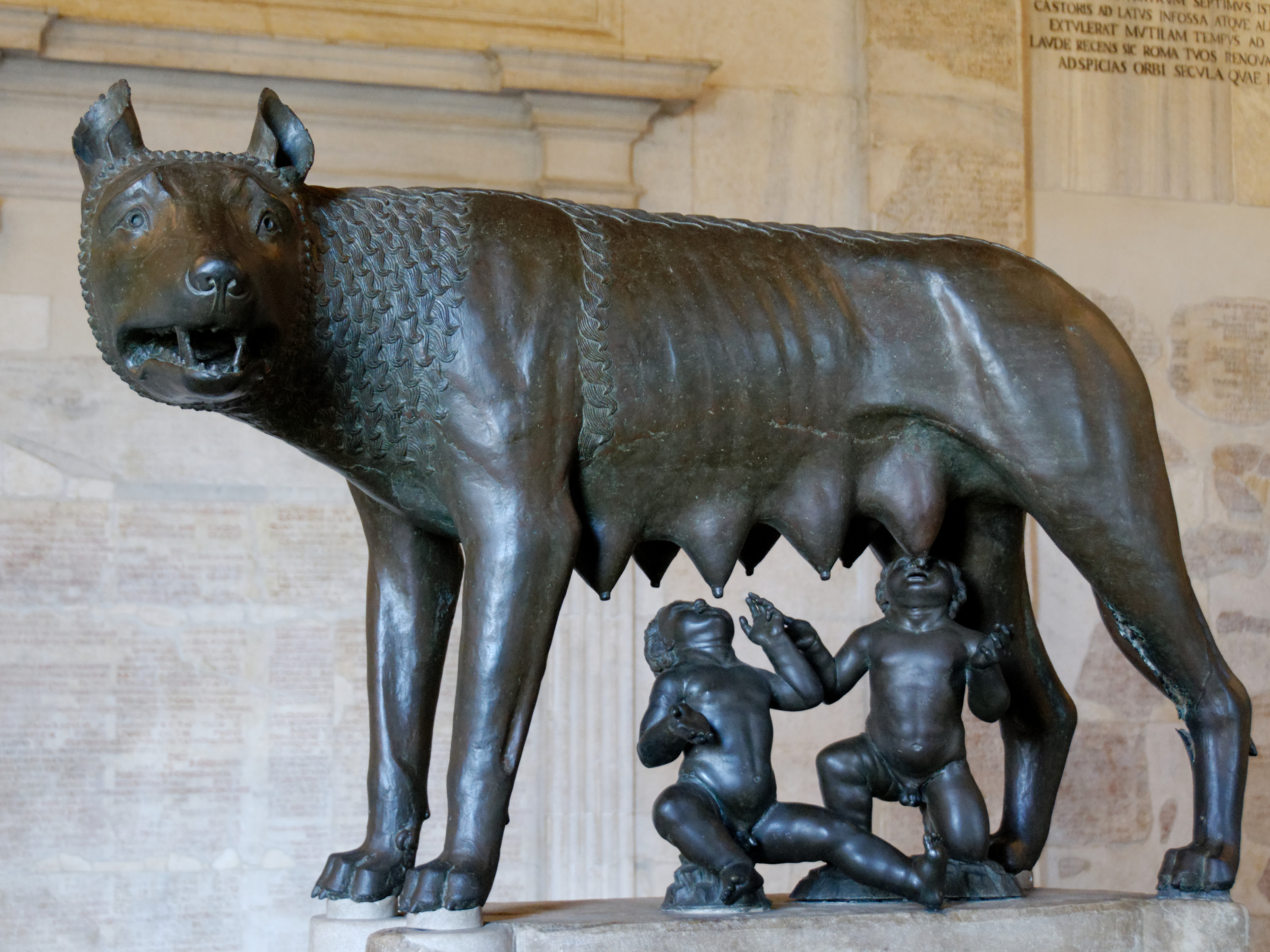