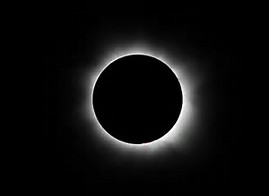 “I Mary McLoughlin, live in Knock; I am housekeeper to the Rev. Archdeacon Cavanagh.

I remember the evening of the 21st August; at the hour of seven or so or a little later, while it was yet bright day, I passed from the Rev. the Archdeacon’s house on by the chapel, towards the house of Mrs. Byrne, widow.

On passing by the chapel, and at a little distance from it, I saw a wonderful number of strange figures or appearances at the gable; one like the blessed Virgin Mary, and one like St. Joseph; another a bishop; I saw an altar. I was wondering to see there such an extraordinary group; yet I passed on and said nothing, thinking that possibly the Archdeacon had been supplied with these beautiful figures from Dublin or somewhere else, and that he had said nothing about them; but had left them in the open air; I saw a white light about them; I thought the whole thing strange.

After looking at them I passed on to the house of Mrs. Byrne’s in the village; after reaching widow Byrnes house I stayed there half an hour at least. I returned then homewards to the Archdeacon’s house accompanied by Miss Mary Byrne, and as we approached the chapel, she cried out ‘Look at the beautiful figures’. We gazed at them for a little while, and then I told her to go for her mother, widow Byrne, and her brother and her sister, and her niece who were still in the house which she and I had left.

I remained looking at the sight before me until the mother, sister, and brother of Mary Byrne came; at the time I was outside the ditch and to the south – west of the school – house near the road, about thirty yards or so from the church; I leaned across the wall in order to see, as well as I could, the whole scene. I remained now for the space of at least a quarter of an hour, perhaps longer.

I told Miss Byrne then to go for her uncle, Brian Byrne, and her aunt, Mrs. Brian Byrne, or any of the neighbours whom she should see, in order that they might witness the sight that they were then enjoying. It was now about a quarter past eight o’clock, and beginning to be quite dark. The sun had set; it was raining at the time.

I beheld, on this occasion, not only the three figures, but an altar further on to the left of the figure of the Blessed Virgin Mary, and to the left of the bishop and above the altar a lamb about the size of that which is five weeks old. Behind the lamb appeared the cross; it was away a bit from the lamb, while the latter stood in front from it, and not resting on the wood of the cross. Around the lamb a number of gold–like stars appeared in the form of a halo.

This altar was placed right under the window of the gable and more to the east of the figures, all, of course, outside the church at Knock. I parted from the company or gathering at eight and a half o’clock. I went to the priest’s house and told what I had beheld, and spoke of the beautiful things that were to be seen at the gable of the chapel. I asked him or said, rather, it would be worth his while to go to witness them.

He appeared to make nothing of what I said, and consequently he did not go. Although it was pouring rain the wall had a bright, dry appearance, while the rest of the building appeared to be dark. I did not return to behold the visions again after that, remaining at my house. I saw the sight for fully an hour. Very Rev. B. Cavanagh heard the next day all about the apparition from the others who had beheld it; and then it came to his recollection that I had told him the previous evening about it, and asked him to see it”.