He hath opened a pit and dug it; and he is fallen into the hole he made. Psalms 7:16


Pope Francis extends condolences to victims of Kabul bombing
(Vatican Radio) In a telegram signed by Cardinal Secretary of State Pietro Parolin, Pope Francis has expressed his condolences to all those affected by the bombing carried out in the diplomatic zone of Kabul on Wednesday. Below, please find the full text of the telegram, addressed to Afghanistan's ambassador to Italy: Having learned with sadness of the abhorrent attack in Kabul and of the many dead and seriously injured, Pope Francis expresses his heartfelt condolences to all affected by this brutal act of violence. His Holiness commends the souls of the deceased to the mercy of the Almighty, and assures the people of Afghanistan of his continued prayers for peace. Source 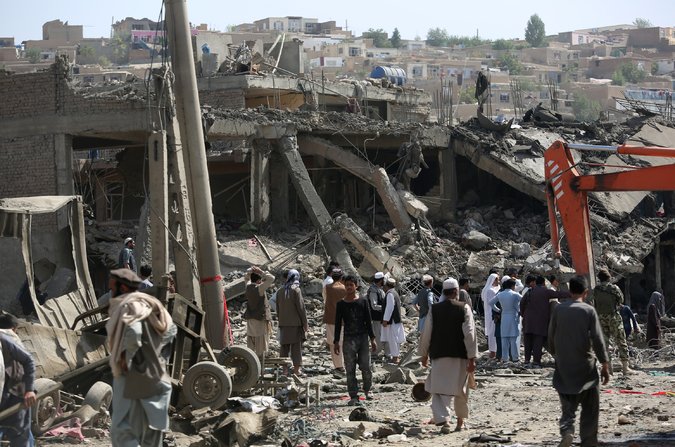