BACK IN TIME: Does The POTUS Have The Same Special Grace Of Office That The Pope Possesses In His Office? Posted 20th March 2013 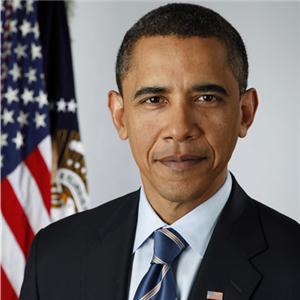 
The editor of the Remnant newspaper here claims that Pope Francis has a special grace of office - meaning that even a liberal Francis may be moved by the Holy Ghost to restore all things in Christ. (why didn't this special grace of office work on the likes of a John XXIII, Paul VI, John Paul I or even JPII?) Here are the words of the editor of the Remnant:

We also believe in the grace of office and the power of the Holy Ghost, and feel obligated before God not to become a conduit of discouragement and despair for the many millions of Catholics who still believe, rightfully so, that the best chance our world has of coming out of this nightmare of apostasy rests on a strong successor of St. Peter and the restoration of the Catholic Church. We encourage our readers to continue to pray for Francis rather than setting ourselves up as the crafty whistle-blowers who have it all figured out.

If this is true that the office of Pope has been given this special grace of office by the Blessed Trinity to help him rule, govern and guide the faithful in spiritual matters (and I have no reason to doubt this) then it stands to reason that the POTUS has been given a similar grace by the Blessed Trinity to rule, govern and guide his subjects in all things temporal. (I doubt this very much)

Must I respect the man who occupies the office due this special grace of office?

Of course this is not what the Remnant means - the Remnant has constantly criticized the POTUS since his election in 2008. The Remnant calling the POTUS a Marxist,Communist, Socialist, Fascist and a tyrant. Mocking Obama in general and even declaring Obama to be the forerunner to the Antichrist.

It sounds as if  the Remnant doesn't believe that the POTUS possesses he same grace of office that the Pope does.

Surely, God must give a special grace of office in temporal matters to some political authority?

If not given to the POTUS (Remnant tends to this view) then to whom does God give this special grace of office to govern in all things temporal?

Does the Remnant promote the view that the Pope rules supreme in both spiritual and temporal matters?

If, according to the Remnant the Pope rules supreme in temporals, then it stands to reason that the Pope  can dispose the POTUS is he so desires.

A word of warning to the Remnant and its readers - if claiming the Pope is supreme in temporals, then one can be accused of attributing to the Pope authority that was not given to the office by the Blessed Trinity. Call this a political and religious heresy.