But woe to them that are with child, and give suck in those days; for there shall be great distress in the land, and wrath upon this people. But pray that your flight be not in the winter, or on the sabbath Luke 21:23

“Since the ceremony (The Holy Mass) is a little long, someone’s crying because he’s hungry,” the pope said in Italian, referencing the noise of a crying baby. “That’s the way it is. You mothers, go ahead and breastfeed, without fear. Just like the Virgin Mary nursed Jesus.” Pope Francis

“At the first blow of His thundering sword, the mountains and all Nature will tremble in terror, for the disorders and crimes of men have pierced the vault of the heavens. Our Lady of La Salette 19 Sept. 1846 (Published by Mélanie 1879)

As always Pope Francis likes to promote breast feeding during winter. Its like Pope Francis is mocking the words of Christ who said pray that your flight be not in the winter... so here is a follow up to Pope Francis breastfeeding prophecy doom for 2017.

Just days after Pope Francis utters words on breast feeding in Church, an earthquake hit central Italy causing damage but no deaths. It was the avalanche that buried 30 souls to their death. All in winter.

If Pope Francis survives 2017, he will again make his annual January breastfeeding mockery in 2018 and more disaster should follow.

PENNE, Italy (AP) — Rescue workers on skis reached a four-star spa hotel buried by an avalanche in earthquake-stricken central Italy Thursday, reporting no signs of life as they searched for around 30 people believed trapped inside. Three bodies were recovered as heavy vehicles struggled to get to the scene. Two people escaped the devastation at the Hotel Rigopiano, in the mountains of the Gran Sasso range, and called for help, but it took hours for responders to arrive to the remote zone. Days of heavy snowfall had knocked out electricity and phone lines in many central Italian towns and hamlets, compounded by four powerful earthquakes that struck the region on Wednesday. It wasn't immediately clear which if any of the quakes triggered the avalanche. But firefighters said the sheer violence of the snow slide uprooted trees in its wake and wiped out parts of the hotel, leaving only some structures standing and others down the mountainside. "There are mattresses that are hundreds of meters (yards) away from where the building was," Luca Cari, firefighters' spokesman, told the ANSA news agency. The hotel in the Abruzzo region is about 45 kilometers (30 miles) from the coastal city of Pescara, at an altitude of about 1,200 meters (3,940 feet). The area, which has been buried under snowfall for days, is located in the broad swath of central Italy between Rieti and Teramo that was jolted by Wednesday's quakes, one of which had a 5.7 magnitude. Source 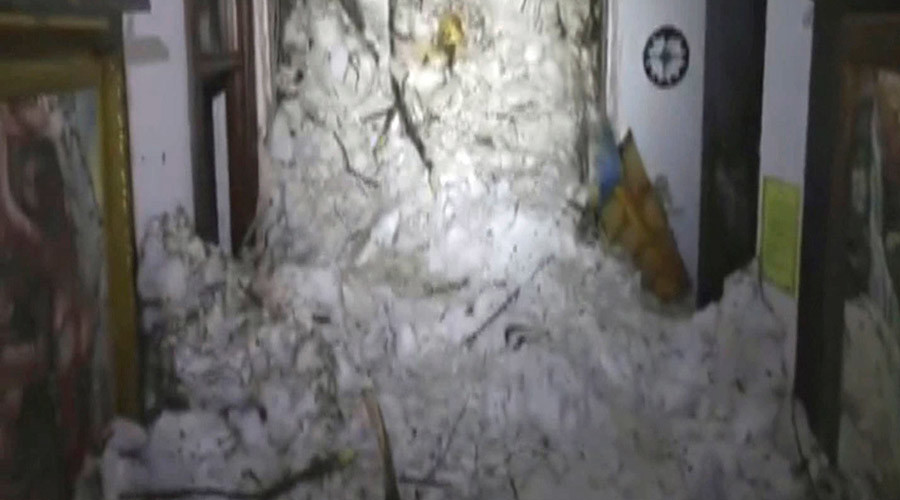 Pray That Your Flight Be Not In The Winter